Regulatory Review: TSCA Reform - Can the Senate Get There in 2014?

TSCA reform seems to be at a legislative crossroads this spring.

About this time last spring, the U.S. Senate actually appeared on the brink of tackling reform of the Toxic Substances Control Act (TSCA). In previous years, there 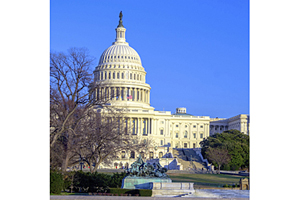 had been fits and starts in that direction, but they always ended with finger pointing and name calling that sent all parties back to their respective corners for another round of political posturing. Washington D.C.—business as usual.

The Chemical Safety and Improvement Act

The tone started to change last April, when Senator David Vitter (R-La.) introduced the Chemical Safety and Improvement Act (CSIA, S.1009) and heralded it as the first bipartisan approach to fixing a 40-year-old law that both Republicans and Democrats agree has multiple problems. Support for CSIA was immediately jump-started when Senator Frank Lautenberg (D-N.J.), considered by many as the champion of TSCA reform, agreed to cosponsor the bill. Sadly, only days after signing on to the bill, Senator Lautenberg, who had been in declining health for several years, passed away.

His endorsement of CSIA impacted legislators from both sides of the aisle; within weeks, 25 senators from political persuasions as diverse as Patty Murray (D-Wash.) to Marco Rubio (R-Fla.) had signed on as cosponsors. Without a doubt, a groundswell had begun to build under CSIA that gave it the potential to be the first successful environmental legislation in Congress since the 1990 Clean Air Act.

Bumps in the Road

Momentum started to fade with a July Senate Environmental and Public Works (EPW) Committee hearing. Committee Chairwoman Barbara Boxer (D-Calif.) made it clear from the outset she was not enamored with CSIA, and many of the witnesses at the hearing focused particularly on concerns with the rights of individual states to perform their own characterizations regarding the safety of specific chemicals. Senator Boxer herself raised the specter that CSIA, as presently written, could gut California’s long-standing Prop 65 regulation and the state’s recently adopted Safer Consumer Products rule. Despite Senator Vitter’s denial of any hidden agenda aimed at gutting California regulations, it was clear by the end of the day that EPW staff had a lot of work to do before Senator Boxer called off the dogs.

Summer turned into fall, and environmental legislation was pushed to the side as Democrats and Republicans had at it in the budget fight free-for-all that closed down the government and did nothing to improve the reputations of either party in getting anything accomplished.

Throughout this winter’s turmoil, the staffs of Senator Vitter and Senator Tom Udall (D-N.M.), along with the EPW committee, have worked diligently to develop amended language that should address many of the criticisms and complaints raised at last year’s hearing. Recently, as ASC director of Regulatory Affairs and the only representative for the adhesive and sealant industry, I had the opportunity to meet with the staffs of almost a dozen uncommitted senators—not just to discuss the nitty-gritty elements of the legislation, but to hammer on the more important point that time is slipping away, and issues like TSCA often have a short shelf life in the attention span of Congress. Fifteen years ago, fixing Superfund was a hot topic around the Capitol, but in the long run, the political will didn’t match the political want. When was the last time you heard any discussion about fixing Superfund?

Non-manufacturing groups also threw their weight behind CSIA. More than 20 national, state and local labor groups have recognized the importance of this bipartisan legislation. Groups as diverse as the International Association of Machinists and Aerospace Workers to the Michigan Regional Council of Carpenters, the Nevada AFL-CIO and the Philadelphia Local Plumbers Union, have let the Senate know of their support. All have acknowledged that CSIA strikes a balance between protecting the public and ensuring prosperity and growth by making the chemical screening process more transparent while providing strong protections trade secrets and intellectual property.

Without trying to overdramatize the situation, TSCA reform seems to be at a legislative crossroads this spring. Passage of an amended CSIA could truly represent a real opportunity for the U.S. Senate to take the first step in what will be a long road back to reclaiming some type of congressional role in the governing process. If instead both sides decide that a better use of TSCA reform issue is as a means to demonstrate the political ill will of their opponents, then everyone will go back to their respective bunkers and reload for fall 2014.

Mark Collatz is Director of Regulatory Affairs for The Adhesive and Sealant Council (ASC). He can be reached at mark.collatz@ascouncil.org.