Activity is predicted to continue as conditions for mergers, acquisitions and divestitures remain favorable.

When discussing merger and acquisition (M&A) activity in the adhesives and sealants industry over the last several years, we have found ourselves repeating many of the same themes: buyers are active and aggressive; “bolt-ons” of small- and mid-sized companies remain a key focus; cross-border activity is prominent; and capital from lenders and private equity groups is abundant.

As we review M&A activity in 2018 and begin looking ahead to 2019, we see each of these key themes again taking center stage. While the business cycle may be starting to reach the later innings, conditions for mergers, acquisitions, and divestitures remain very favorable, and we would not be surprised to see this market persist for quite some time. 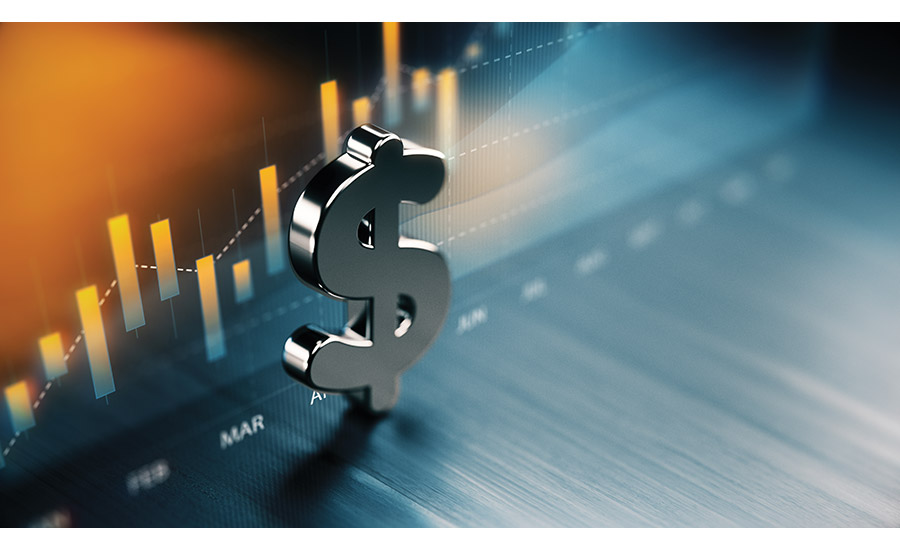 Key adhesive and sealant end markets, such as construction, automotive and electronics, have performed well in recent years and are supporting strong levels of M&A activity. The U.S. construction market is wrapping up another solid year, with housing starts expected to increase 7-8% in 2018 and another 8-9% in 2019. Commercial construction spending has grown at a rate of more than 5% annually since bottoming in 2011, recently eclipsing its pre-recession highs set back in 2008.

While some U.S. manufacturers are taking more of a “wait-and-see” approach to facility expansions amid increasing construction costs, rising interest rates, and the looming threat of tariffs, most areas of commercial construction are expected to continue growing at a healthy pace in the near- and medium-term.

Given this backdrop, we expect the M&A environment for formulators of coatings, adhesives, sealants and other construction products to remain strong. Recent notable transactions include RPM’s acquisition of Miracle Sealants and Bostik’s acquisition of XL Brands. Both of these deals were classic strategic bolt-ons that allowed the buyer to expand its product portfolio and leverage existing distribution channels. Looking ahead, we expect the construction segment to be among the more active areas for M&A, with high fragmentation and above-average growth driving interest among potential buyers.

The automotive industry is another end market driving strong demand for adhesives and sealants. While down from the peak of 17.5 million units sold in 2016, vehicle sales in North America are expected to reach 16.8 million units in 2018—well above the lows of 10.4 million units seen during the Great Recession. Growth in sales of automotive adhesives and sealants has been supported by underlying strength in vehicle sales, coupled with ongoing efforts to improve fuel efficiency through weight reduction as metal components are replaced with composites that can be bonded with adhesives.

A recent hot spot for M&A activity—particularly in the automotive industry—is the electronics and engineering adhesives segment. As noted above, while analysts are not expecting U.S. vehicle sales to show significant growth in the near term, trends toward vehicle lightweighting and building “smarter” cars are boosting demand for electrical components, touchscreens, and composite panels that require adhesives.

Highly engineered adhesives that are often sold by the gram instead of by the gallon are experiencing growth rates of 5-10% annually, and major adhesive suppliers are jockeying for position in this attractive market. H.B. Fuller, for example, created an Engineering Adhesives operating segment in 2016 that included the TONSAN Adhesive and Cyberbond businesses, which were acquired in 2015 and 2016, respectively. In addition, it now also includes portions of recently acquired Royal Adhesives & Sealants. We expect H.B. Fuller to continue using M&A as a means of increasing its presence in this market over the next few years. Additional major players in the engineering adhesives market, including Henkel, Lord and 3M, are other likely suitors for acquisition targets in this attractive segment.

The current structure of the adhesives and sealants industry is highly conducive to M&A activity. With just five companies accounting for roughly one-third of the $50 billion global adhesives market, the remaining two-thirds consists of hundreds of small- and medium-sized companies that form a diverse pool of attractive acquisition candidates. Only a relatively small number of these companies have revenues over $100 million, allowing potential buyers to pursue multiple, highly strategic “bite-sized” targets without taking on excess risk.

Acquisitions of adhesive and sealant formulators can generate meaningful synergies for buyers based on improved raw material purchasing, leveraging sales and marketing organizations, and creating a more efficient manufacturing footprint. With costs for many chemical raw materials rising throughout much of 2018, procurement savings have represented a key source of synergies in recent M&A transactions. As an example, sourcing improvements are expected to account for nearly half of the projected $50 million in annual cost and revenue synergies associated with H.B. Fuller’s acquisition of Royal.

Private Equity Getting in on the Action

Firms including Audax Group (Boston), Arsenal Capital Partners (New York), and Merit Capital (Chicago) are looking to build upon existing platforms in the adhesives and sealants market, while Mason Wells (Milwaukee) and Huron Capital Partners (Detroit) are among a number of groups actively seeking platform investments in the adhesives and sealants and broader CASE (coatings, adhesives, sealants, and elastomers) markets. Private equity groups are more frequently partnering with former industry executives who can provide true insider knowledge when assessing acquisition opportunities and offer a way for groups to stand out from their peers in a competitive M&A process.

This past summer, Arsenal Capital Partners created Meridian Adhesives Group following its acquisitions of privately held Adhesives Technology Corp. and Epoxy Technology Inc. We were not particularly surprised to see Arsenal acquire another adhesives business, as they effectively wrote the playbook for executing a “roll-up” strategy in adhesives and sealants through their five-year investment in Royal Adhesives & Sealants. During their ownership of Royal, Arsenal completed eight add-on acquisitions and built the company into one of the 10 largest adhesive suppliers globally before selling it to American Securities in 2015. Separately, Merit Capital and BluArc, along with management, recently acquired and merged Choice Brands Adhesives and Slocum Adhesives to form Choice Slocum Holdings, a manufacturer and distributor of industrial adhesives serving construction, furniture, automotive, and other end markets.

Private equity-backed entities like Meridian Adhesives Group and Choice Slocum Holdings can offer sellers an attractive alternative to a purely “strategic” sale involving one of the industry majors, as private equity buyers generally provide sellers the ability to retain equity in the combined business and maintain an active role, if desired. This “win-win” scenario encourages owners and other key managers to remain involved in the business through a transition period (or longer), and also provides a “second bite of the apple” when the larger entity is sold in the future—in effect, allowing sellers to participate economically in the company’s future growth. 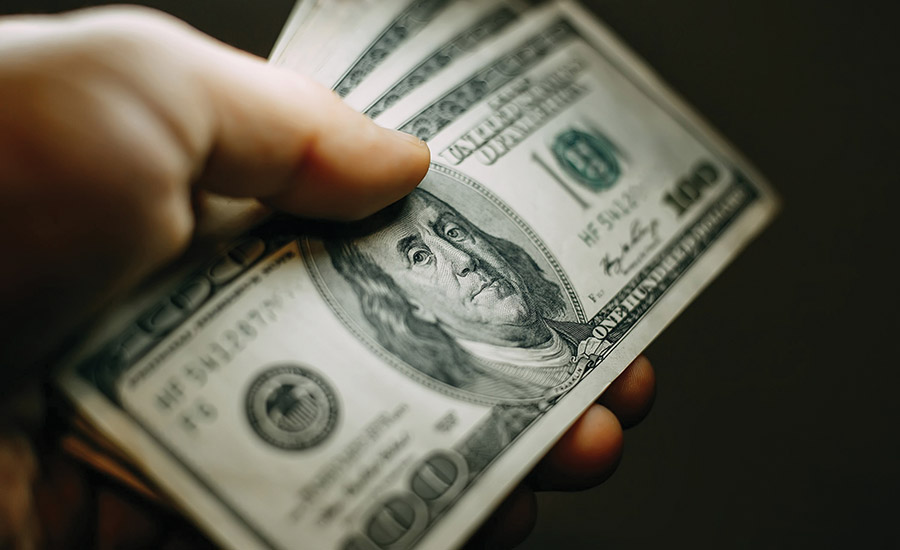 Strategic buyers have executed an active acquisition strategy throughout 2018, driven by strong balance sheets and the constant need to demonstrate growth. While down slightly (at the time of this writing) from the recent peak reached in 2017, average enterprise value/EBITDA multiples for publicly traded adhesive and sealant companies remain well above historical levels (see Figure 1). Although private, middle-market transactions (with enterprises values between $50 and
$500 million) typically trade at a discount to public company valuations, that discount has begun to narrow. This year, we have been seeing high-quality specialty chemical transactions with multiples around 8-10x EBITDA, with some larger, highly-synergistic deals exceeding 10x. H.B. Fuller’s acquisition of Royal for more than 11x is a good example of the latter.

One of the key drivers of high valuations in recent years, somewhat counterintuitively, is the relatively slow pace of GDP growth in the U.S. and other developed economies. According to estimates from the International Monetary Fund, GDP growth in the U.S. and the EU is currently tracking under 3% annually and is expected to dip below 2% by 2020. With many adhesive and sealant companies operating in markets growing around the rate of GDP, M&A is seen as a tool to ramp up the earnings growth that is coveted by investors. Credit availability and strong balance sheets play a role as well.

As shown in Table 1, balance sheets for most major adhesive companies show net debt (total debt less cash reserves) of less than two times EBITDA. Healthy balance sheets for public companies allow flexibility to execute both smaller, bolt-on acquisitions as well as larger, more transformational deals without taking on excess risk. We note that H.B. Fuller’s net debt levels are considerably higher than its peers, reflecting its recent purchase of Royal (funded largely with debt). As a result, we expect H.B. Fuller to remain on the sidelines for additional M&A until its debt levels become more normalized later in 2019 or in 2020.

For private equity buyers that rely on bank financing to help fund transactions, lending multiples exceeding six times EBITDA for larger, high-quality companies are not uncommon, while smaller companies (under $100 million in enterprise value) can usually obtain three to four times EBITDA, and sometimes more. All of these factors are contributing to a strongly competitive M&A market for adhesive and sealant companies.

For the remainder of 2018 and into 2019, we expect the M&A environment for adhesives and sealants companies—and the broader specialty chemicals industry—to remain robust. Relatively high transaction multiples should continue, with large amounts of capital chasing a relatively small number of high-quality companies. Private equity buyers with existing platforms seem particularly well-positioned, as they can generate (and pay for) synergies while also executing transactions with speed and efficiency. However, large strategic buyers have demonstrated their willingness and ability to pay a valuation premium when needed to secure a deal.

Smaller, bolt-on transactions will continue to be the norm. These deals can be highly strategic and accretive to a buyer, and they generally carry lower risk. That said, larger, more transformational deals are still possible globally. With Royal Adhesives & Sealants now off the market, however, we see fewer opportunities for transactions in excess of a few hundred million dollars, particularly in North America.

We also expect major adhesive and sealant companies to use cross-border deals as a key pillar of their global expansion strategy. Emerging markets, where GDP is growing at 4-6% or above, are particularly attractive. Companies like Sika, Arkema, and Henkel are active across a variety of geographies and should continue executing a relatively borderless strategy for acquisitions.

In the U.S., recent tax cuts may provide a tailwind to corporate investment, as buyers are able to immediately expense certain acquired assets and repatriate cash from overseas divisions. This could support or even boost M&A activity in 2019 as companies begin seeing liquidity effects from the tax law changes. On the other hand, escalating trade wars have the potential to restrict economic activity and could cause companies to impart some element of caution into their M&A strategy. The net effect of tariffs remains uncertain but will undoubtedly have an impact on certain segments of the chemicals industry.

Overall, consensus suggests that we are closer to the end of this business cycle than the beginning, which we agree with. However, current conditions in the adhesives and sealants market are ideal to support healthy M&A activity in the near term, and possibly beyond.

Any views or opinions expressed in this article are those of the author and do not represent those of ASI, its staff, Editorial Advisory Board or BNP Media.

Looking Ahead: M&A Primed for Liftoff? Mergers and Acquisitions in the Adhesives and Sealants Industry