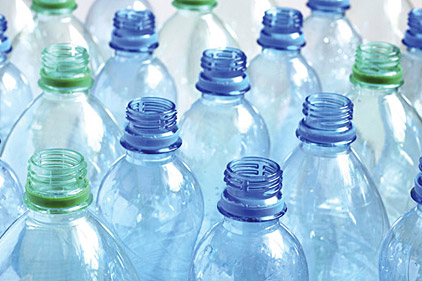 The PET packaging market is expected to grow to $57 billion by 2017, according to a new study.

The global consumption of polyethylene terephthalate (PET) packaging will grow to almost 19.1 million tons by 2017, according to a new market study from Pira International. Driven mainly by increasing demand in emerging and transitional economies, the market will grow 5.2% per year, with a focus on Asia-Pacific, South and Central America, Central and Eastern Europe, and the Middle East and Africa. Barrier PET bottles and jars for juices, milk, teas, beer, wine, and food are forecast to register strong growth over the period 2012-17.

“The Future of Global PET Packaging to 2017” is based on an in-depth combination of primary and secondary data gathered during Pira’s research program for the global packaging industry. The developing regions of the Asia-Pacific, South America, and Central and Eastern Europe are expected to show higher growth for PET packaging as a result of growing real incomes and the replacement of traditional pack formats by PET bottles. Asia-Pacific overtook both North America and Western Europe during the 2007-12 period to become the largest regional market for PET packaging. Asia-Pacific accounts for a projected 29.4% of world PET packaging consumption in 2012, followed by North America with 24.1% and Western Europe with 19.7%.

PET recycling is another key issue for players along the PET supply chain, due to growing consumer concern for the impact of PET bottles on the environment. Recycling PET conserves fossil fuel and reduces energy usage, thus reducing greenhouse emissions.

Legislation and resource protection programs are major drivers for the development and recycling of PET. Growth in the recycled PET (rPET) market is also being driven by big global brand owners that are signing up for recycled PET in order to make a difference to their brands, both environmentally and economically.

While the use of rPET is on the rise, some uncertainty remains regarding whether the uptake of rPET for bottle production will become widespread. Its increased use will greatly depend on whether rPET costs less than virgin material. In addition, while demand is strong for recycled PET, problems remain with raw material supply and an infrastructure that is not expanding quickly enough to collect the material the industry needs. There are also some concerns that the quality of supply can have had a negative impact on the rPET sector.

Key technology developments to 2017 also include further advances in barrier systems, continued lightweighting and a growing emphasis on sustainability and recycling. Compression technology for PET preform production is another emerging development.