Bayer MaterialScience recently announced the introduction of STRUCTese®, its home-grown energy management system that can reportedly enable the individual 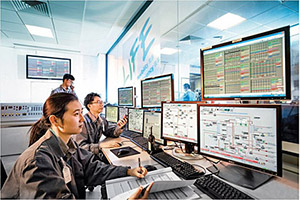 consumption of the production plants to be optimally controlled and reduced by an average of a tenth. In addition, it reportedly brings about considerable reductions in CO2 emissions. The system can also be used by other companies under license.

The new system has been introduced in stages since 2008. It is now installed in 60 plants in Europe, Asia and America, where most of the company’s energy is consumed. Most recently, a plant at the Shanghai, China, site was equipped with the system. The facility produces the chemical TDI, a key precursor for flexible polyurethane foam.

“We consider ourselves to be pioneers in the key field of energy efficiency and are continuously developing new methods for saving electricity and conserving resources,” said Tony Van Osselaer, Ph.D., Bayer MaterialScience Board member responsible for production. “Bayer MaterialScience thus sees itself as a driving force on the way to a more sustainable future.”