The global solvents market value is predicted to increase by 4% per year until 2021. 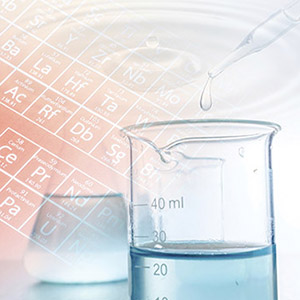 Solvents are an important part of adhesive, paint, varnish and printing ink formulations. In 2013, about $25 billion was generated with the sale of solvents worldwide. According to the third edition of “Market Study: Solvents,” a report from Ceresana, the value of the global solvents market is expected to increase by 4% per year until 2021.

Among the most important consumers of solvents are manufacturers of paints and varnishes, followed at a considerable distance by producers of printing inks. Demand on the part of the pharmaceutical industry ranked third, followed by use in cosmetics and adhesives. Other important applications are chemical manufacturing processes, cooling circuits, dry-cleaning and deicers.

In the paints and varnishes segment, however, a trend toward waterborne products and other more environmentally friendly alternatives has become apparent. Accordingly, an increasing global output of paints and varnishes is not directly reflected in demand for solvents, as Europe and North America in particular are seeing the volume of solventborne products fall continuously.

Demand Varies Depending on Region

In 2013, Asia-Pacific was the worldwide largest sales market for solvents, accounting for 41% of total demand, followed by North America and Western Europe. Among the largest growth markets are China, India and Brazil. However, an upturn can also be seen on the North American market, after sales volume in this region fell slightly in recent years. The Western European market is likely to stagnate, partly because of weak growth of local solvent-processing industries.

With a market volume of 6.5 million tons in 2013, alcohols are the most widely used solvents. The main products are ethanol, n-butanol, isopropanol and methanol. Aromatics, ketones, esters and ethers also account for significant market shares. With an expected increase of 3.4% per year, the group of ethers will be the fastest growing market. Ethanol, toluene and acetone are among the most popular solvents.