It is difficult to simultaneously achieve both moderate adhesion to the skin and strong adhesion to a wearable device, but a new polyurethane pressure-sensitive adhesive is providing a solution.

Wearable devices are used in medicine to continuously monitor signals such as electrocardiograms and electroencephalograms.1 They can also be used to monitor physical conditions during exercise. To improve the accuracy of the analysis, many studies have been conducted by directly attaching wearable devices to the skin using a pressure-sensitive adhesive (PSA) sheet.

When a PSA sheet is continuously applied for an extended time, however, the user’s skin becomes macerated due to the moisture generated from their skin. This increases the amount of peeled stratum corneum (outer layer of the skin). PSAs used in this application must meet several requirements, including: patient/user safety, appropriate adhesiveness to the skin, reduction of the humidity that results from sweat after application, and strong adhesion to the wearable device.

In response to all of these demands, studies have been conducted using a silicone PSA and an acrylic PSA for wearable devices.2 The acrylic PSA was found to have insufficient moisture permeability, and there are problems with sweating that may occur if it is applied for a long time. On the other hand, the silicone PSA can reduce the humidity from sweat due to its moisture permeability caused by its high free volume. It is difficult to simultaneously achieve both moderate adhesion to the skin and strong adhesion to the wearable device.

Harnessing the Power of Polyurethane 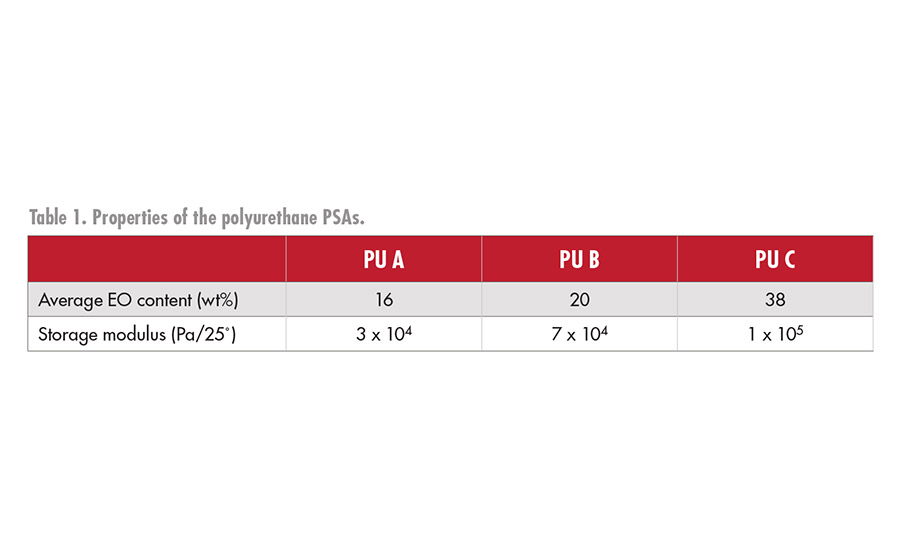 Polyurethane resins based on this polyether polyol have moderate flexibility due to the high molecular weight, as well as high tensile strength due to the low amount of impurities. In addition, the inclusion of ethylene oxide (EO) in the structure of the polyether polyol makes it possible to achieve a balance of both moisture permeability and water resistance. The new polyurethane PSA takes advantage of this polyether polyol’s properties, enabling more suitable functionality for wearable devices because of its higher moisture permeability compared to the silicone PSA, less humidity due to sweat at the time of attachment, and higher adhesion to various plastics.

The hydroxyl group-terminated polyurethane prepolymers were synthesized using polyether polyols, monools, and hexamethylene di-isocyanate. Polyurethane PSA sheets were obtained by adding the tri-functional isocyanate to the hydroxyl group-terminated polyurethane prepolymers, coating on nylon non-woven fabric, and curing for five days at 50˚C. Table 1 shows the properties of the polyurethane PSA. In addition, comparisons and evaluations were made with commercially available medical silicone and acrylic PSA tapes.

The moisture vapor transmission rate (MVTR) was measured using the dry method described in JIS Z0208 and the wet method described in JIS L1099B-2 (see Figure 1). Both the dry method and the wet method exhibit an increase in MVTR as the EO content in the PSA increases. Compared to the silicone PSA, a highly dry and a wet MVTR was obtained using the lowest EO content PSA. 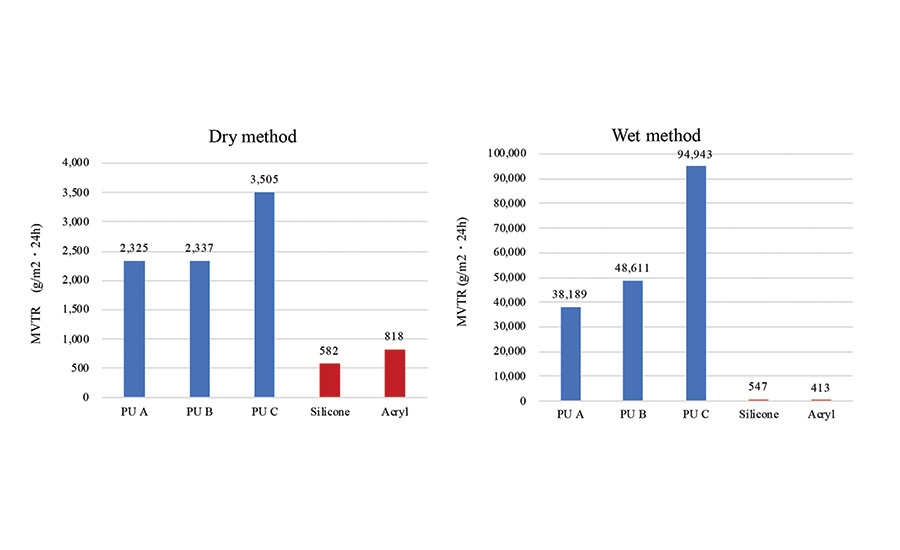 The moisture permeability of a PSA sheet is affected by the diffusion coefficient and solubility coefficient of water. Polyurethane PSA has both a higher dry MVTR and higher wet MVTR as compared to silicone and acrylic PSA. This could be due to the hydrophilicity of the EO group. From these results, it is found that the polyurethane PSA exhibits high moisture permeability by actively absorbing water molecules upon contact.

The polyurethane PSA with a high wet MVTR is considered to have high sweat processing ability. This is an important feature for a PSA sheet suitable for attaching a wearable device for monitoring during exercise. 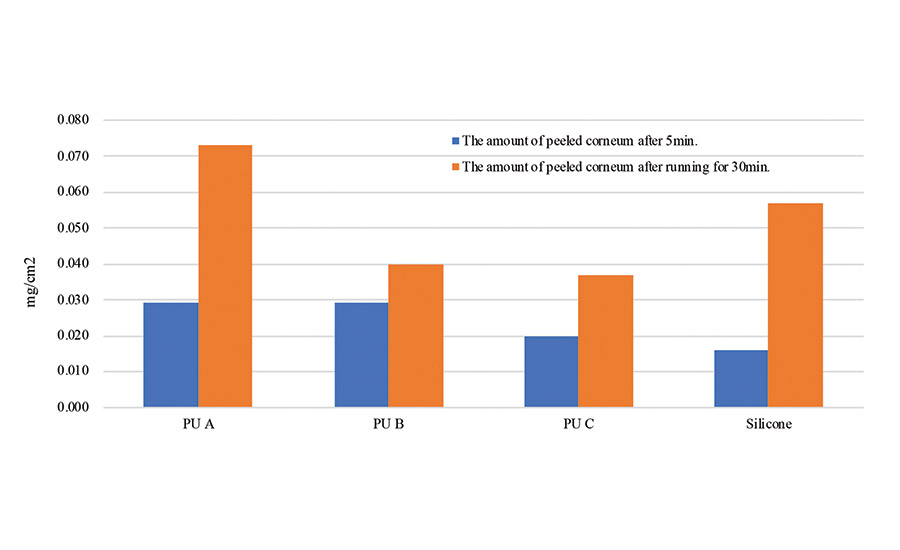 Figure 2. Amount of peeled stratum corneum for each PSA.
Click chart to expand

A quantitative test of peeled stratum corneum was conducted on a polyurethane PSA and compared to the silicone PSA. The polyurethane (PU A, PU B, PU C), silicone, and acrylic PSA sheets were stuck to the arms of an adult male test subject. After 5 min, one set of PSA sheets from one arm were peeled off. The test subject ran for 30 min, and the remaining set of PSA sheets were peeled from the other arm. The amount of peeled stratum corneum of both sets was quantified by the Lowry method.4 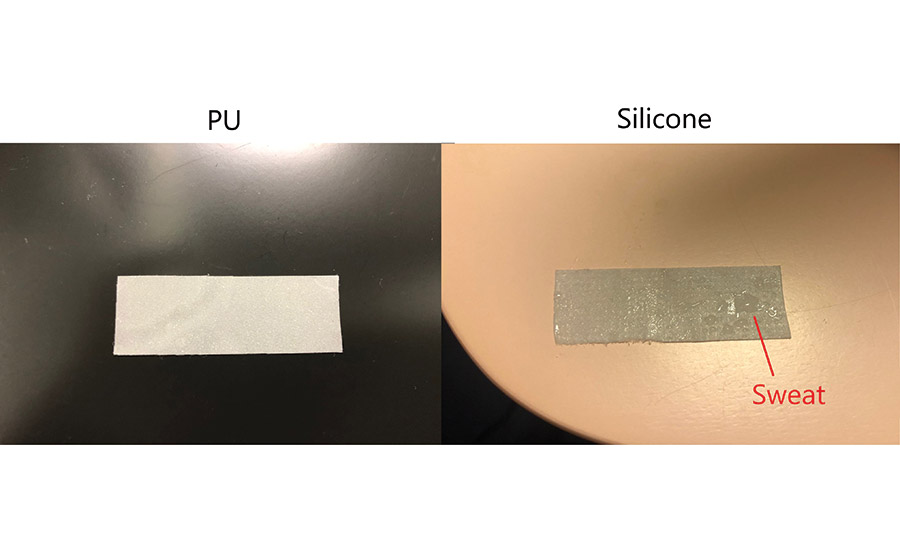 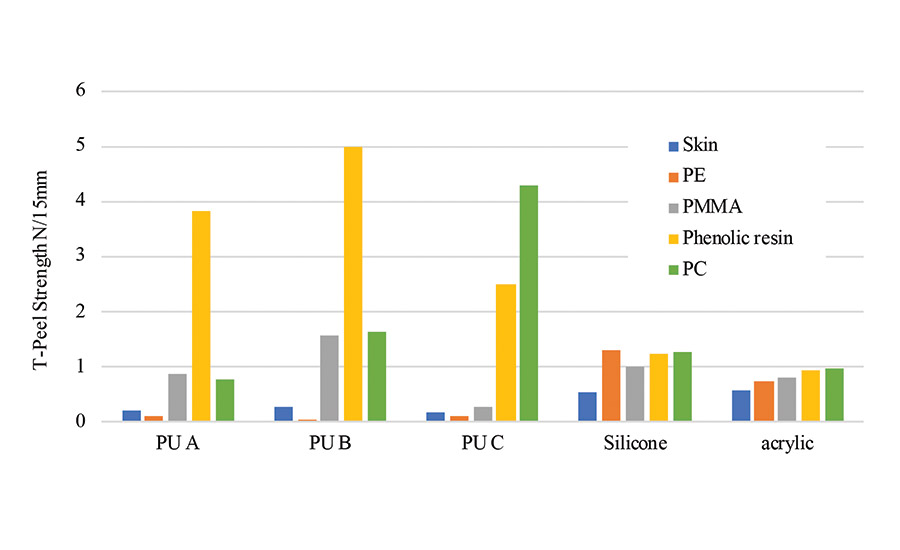 Polycarbonate is used for the housings of portable devices such as mobile phones because of its high strength. Moreover, the difference in the adhesive strength of the polyurethane PSA in between some plastic and the skin was more significant than that of silicone PSA. The high adhesive strength of the polyurethane PSA to phenolic resin and polycarbonate could be due to their similarities in surface tension. On the other hand, the low adhesive of polyurethane PSA to the skin could be attributed to the large difference in surface tension.

In the case of silicone and acrylic PSA, the adherent selectivity is lower than that of polyurethane PSA. Thus, when their adhesion to the plastic further increases, adhesion to the skin also increases. As a result, when the adhesive tape is peeled off from the skin, the load on the skin increases, and there is a possibility that an increase in the amount of peeled stratum corneum and rash may occur. Hence, it’s seen that the polyurethane PSA can strongly be adhered to the resin used in the housing of the wearable device, especially polycarbonate, and at the same time have moderate adhesive strength to the skin. 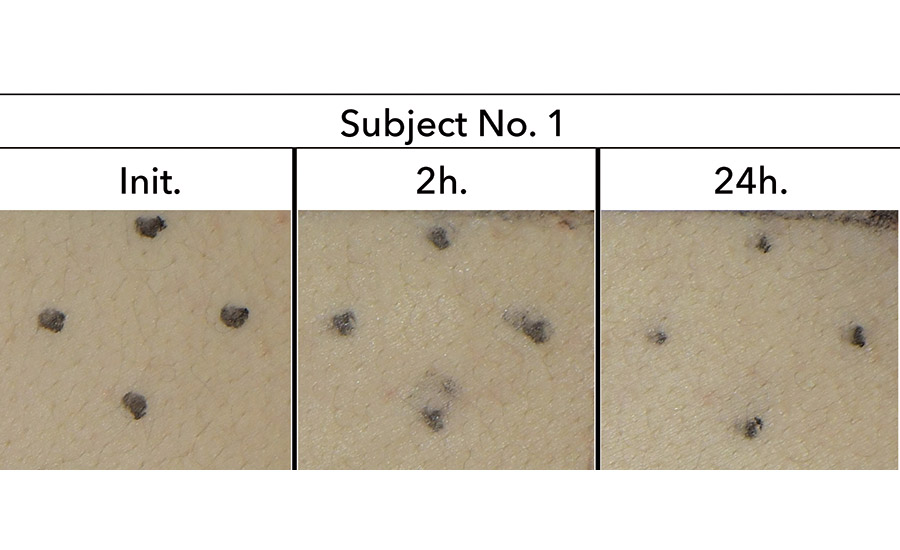 Figure 5. Appearance of the skin after a patch test.
Click chart to expand

Twenty male and female subjects aged between 20-60 years were patch-tested by applying the polyurethane PSA for 24 hrs. Skin abnormalities such as erythema, tumor, etc. did not appear in any subject (see Figure 5). Skin sensitization tests of the polyurethane PSA are currently being conducted.

A polyurethane PSA has been developed with the following characteristics compared to silicone and acrylic PSAs: high moisture permeability, appropriate adhesion to human skin and high adhesion to polycarbonate resin, and low amount of peeled stratum corneum from skin while maintaining adhesive strength to skin during exercise. The safety of the patch test was also confirmed. These initial results suggest that a polyurethane PSA is a suitable method for attaching a wearable device on the skin during exercise.

For more information, contact the lead author at makito-nakamura@agc.com or visit www.agc.com.

Editor’s note: This article is based on a paper presented at the 2019 Polyurethanes Technical Conference. Details regarding the conference are available at https://polyurethane.americanchemistry.com.

Figure 2. Amount of peeled stratum corneum for each PSA.
X

Figure 5. Appearance of the skin after a patch test.
X

X
On the Road: More Than 6,000 Security Vehicles in Use

For the first time this year, SDM asked companies how many vehicles are in their company fleet that are used for technical service, sales, and other purposes. With 81 companies reporting (although not including many of the larger SDM 100 businesses), there are a reported 6,037 vehicles in use.