Continued Consolidation in the Adhesives and Sealants Sector

Blaige & Co. provides details regarding its proprietary research on the impact of global consolidation. 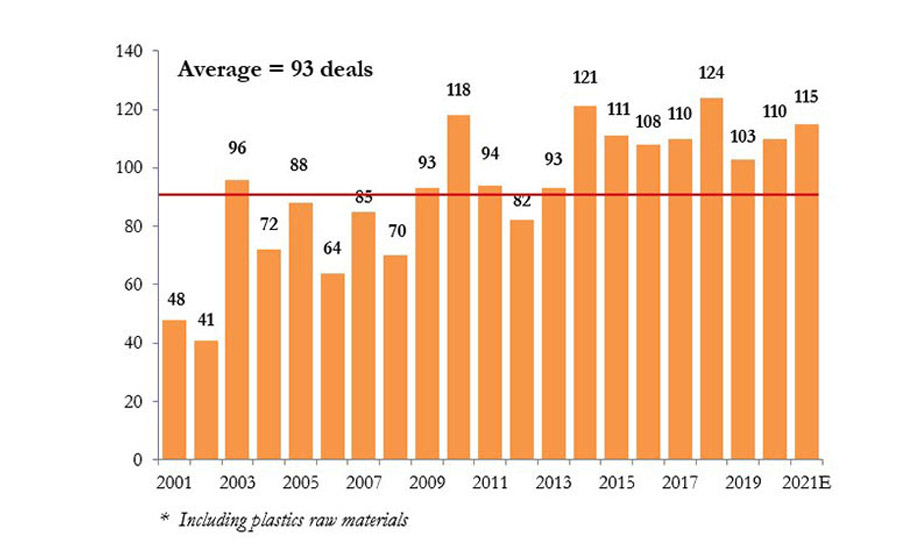 
The competitive significance of the consolidation experienced in 2021 is unprecedented. Global transaction multiples are at record levels and expected to remain strong. Buyers have access to large amounts of capital and are prepared to invest in M&A opportunities.

Two distinct strategies are at play in adhesives and sealants segment M&A—one being employed by large, global consolidators and the other by domestic, private equity-backed consolidators. Global consolidators are large cross-border market participants that are publicly funded and often seeking supply chain vertical integration. Adhesives and sealants companies with significant resources have fared better than their smaller private competitors. Companies such as Arkema, Sika, and H.B. Fuller Co. will continue to aggressively pursue growth opportunities through strategic acquisitions. Only a few mid-size private companies have survived the past 20 years of consolidation.

Private equity-funded consolidators are relatively smaller platforms that rely on local and domestic markets. As private equity continues to get involved, competition from growing private equity platforms will continue to put great pressure on small and mid-size companies that do not have an effective strategic plan in place. These are adhesives and sealants companies that gain scale through add-ons without a pronounced taste for vertical integration. Examples of such serial acquirers include Applied Adhesives, Meridian Adhesives Group, Royal Adhesives & Sealants (H.B. Fuller), and Quest Specialty Chemicals. 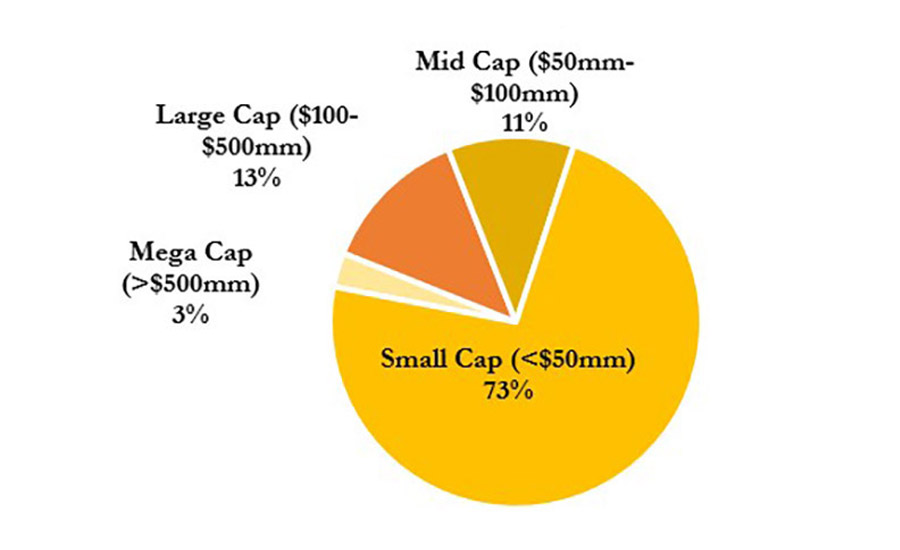 
Aggressive consolidation among large-cap companies is increasing pressure on the smaller participants, making it hard to survive and thrive. Of the top 50 North American adhesives and sealants processors in 2001, 64% have been eliminated, sold, or experienced an ownership transition over the last 20 years, as opposed to 38% a decade earlier (see Figure 3). The remaining 36% of survivors are either private equity-owned or global consolidators with sales of more than $500 million. These companies possess the resources to endure volatile economic conditions, whereas small private players are more vulnerable during market fluctuations. 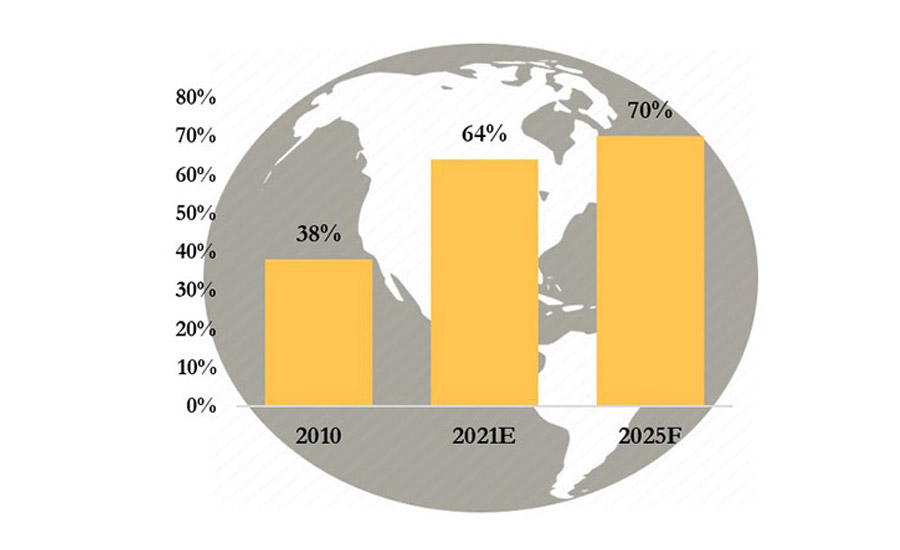 Figure 3. Percentage of large-cap adhesives and sealants processors consolidated, including the top 50 North American processors as of 2001.


Among the remaining leaders, those with greater access to capital are approximately three and a half times larger than their privately funded counterparts. Consequently, these larger global consolidators and private equity-owned companies are in a stronger position to survive the ups and downs of the market and fund projects for growth, giving them the edge in the environment of even greater consolidation that lies ahead.

We are seeing a rapid increase of consolidation activity in the favorable post-pandemic environment. This strong trend is expected to continue into 2022 due to both regulatory/compliance costs and taxes (estate, capital gains, federal/state/local, and payroll), which represent a great motivation for independent family-owned sellers to seek liquidity. Adhesives and sealants companies should commit to growing up to $100 million in sales (84st percentile) or more to secure a solid competitive position for future success. Today’s decisions may potentially become life-changing for owners, their organizations, and their heirs.  Business owners should consider a near-term exit should liquidity/succession be a potential consideration. A sophisticated approach to the sale, benefitting from a vibrant and expansive bidding process, is more vital than ever for the future of these companies.

Editor’s note: This article is based on and includes excerpts from Blaige & Co.’s “Adhesives & Sealants Sector Consolidation Report 2021.”