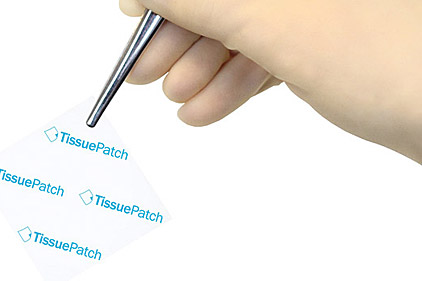 A new clinical study finds the use of a sealant film “encouraging” in the prevention of CSF leaks.

The mixed population of patients included 22 who were assessed as being high risk for reasons including previous surgery, radiotherapy, long-term corticosteroid use and hydrocephalus. Supratentorial, infratentorial and spinal patients were also included.

Overall, CSF leaks were detected in 11 of the 119 patients (9.2%), all occurring within two weeks of surgery. Patients were additionally assessed at two and six months following treatment; none were found to be suffering CSF leakage. In the 22 patients considered high risk, there was a higher percentage of CSF leaks (36.3%), compared to a 3.1% leak rate in the 97 cases without additional risk. All leaks were treated conservatively and no patient required re-admission or repeat surgery.

In conclusion, the authors commented, “In our experience, the product appears to be safe and no adverse reaction was evident throughout the study. Results in terms of CSF leak prevention are promising.”

David Mandley, Ph.D., Tissuemed CEO, said, “This latest paper, the third in 12 months published by European neurosurgeons, represents the largest patient cohort receiving TissuePatchDural to be investigated and reported to date. As we approach four years since the launch of TissuePatchDural, I’m delighted to have such positive clinical experience and published data from the Carlo Besta Institute, a highly regarded and world renowned center of excellence in the field of neurosurgery.”

The technology used in TissuePatch products is based on the in-situ bonding of synthetic polymers to bodily tissues. The products are thin, synthetic films that bond covalently to amine groups on the surface of internal tissues to provide fluid- and air-tight seals. These films are used as an adjunct to traditional suturing or stapling in a variety of surgical procedures where achieving a secure closure is paramount.