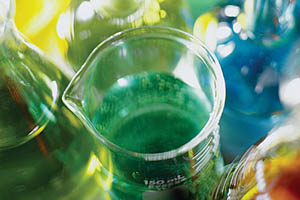 My company formulates a structural adhesive and has been using one source to supply our polymeric and monomeric diphenylmethane diisocyanates and polyether polyols. We are considering qualifying a second source for these raw materials. What should we be aware of before taking such a step?

It makes a good deal of business sense to have multiple suppliers for your key raw materials. Confirming competitive pricing and product availability is a relatively straightforward process, but becoming comfortable with essential technical and performance requirements can be more complicated.

From a technical standpoint, the first step is to examine the specified properties of each supplier’s product. The number and type of specifications for isocyanate raw materials can vary depending on the composition and grade of the product. Typical specifications include the isocyanate content (reported as % isocyanate) and viscosity. Although two suppliers may report these basic specifications as having the same average value and the same upper and lower limits, it does not necessarily mean that the two products are a drop-in for an existing application. Each raw material supplier has slightly different manufacturing conditions that can influence product characteristics that are not specified but have an impact on performance.

For example, reactivity is a key property for formulators and end users. The level of acidity in the product has an impact on reactivity, which frequently has a broad specification range. Higher acidity generally reduces the rate of reaction. The products from some suppliers often specify an upper limit without defining the lower limit, thus leaving some room for variability. The reactivity of some polymeric methylene diphenyl diisocyanate (MDI) products is closely controlled by specifying acidity to a narrowly defined range.

Viscosity is an important specification and helps to differentiate various grades of polymeric MDI that have small differences in isocyanate content. The viscosity is primarily influenced by the oligomer distribution. Polymeric MDI is composed of monomeric MDI and higher ring oligomers. As the ratio of higher ring oligomers (3, 4 and higher rings) to monomeric diisocyanate increases, so does the viscosity. Higher viscosity polyisocyanates have a higher functionality (~ 2.7 for typical polymeric MDI), which leads to a faster gelling reaction of a two-component adhesive. Higher functionality also significantly impacts the viscosity of any prepolymers made from these polyisocyanates.

Another important product characteristic that influences performance is the ratio of 2,4’-MDI to 4,4’-MDI. Product bulletins often only state that a product is enriched in 2,4’-MDI and do not specify the level. As the level of 2,4’-MDI increases, the reactivity decreases; this is another variable that could make it more difficult to directly substitute one product for another. However, the performance properties of a structural adhesive (such as reactivity) can often be resolved through a slight reformulation—in this case, by increasing the catalyst level.

Care must also be taken to examine the specifications for polyether polyols if a new supplier is being considered. Specifications for hydroxyl number to identify molecular weight and water content are typically defined. A variety of other properties, such as acid number and color, may be listed, depending on the supplier. Acid number is important since it can influence reactivity. Some polyether polyols are produced with an ethylene oxide (EO) segment in the polyol to increase reactivity. Polyols of this type are listed as having been modified with EO, but the specific amount is not reported. As with isocyanates having an “enriched level of 2,4’-MDI,” it is necessary to carry out reactivity testing for demanding applications.

Approving a raw material from a second source may be an involved process, but in the long run, it is generally a worthwhile use of resources.

For additional information on the topics addressed or to ask another question, email jeff.dormish@bayer.com with the subject line “Polyurethane Q&A.”

Any views or opinions expressed in this column are those of the author and do not represent those of Adhesives & Sealants Industry, its staff, Editorial Advisory Board or BNP Media.

Can you explain the chemistry behind polyurethane dispersions?

What type of raw materials should be considered in formulating products with a bio-based focus?

What types of surface preparation are necessary to obtain strong and durable bonds?

Jeffrey F. Dormish, Ph.D., holds the position of Research Fellow and is responsible for the development of new polyurethane adhesive applications, with a focus on waterborne raw materials.

Dr. Dormish joined Covestro LLC (then known as Bayer) in 1980. Since that time, he has held various research and application development positions of increasing responsibility, and worked in polyurethane research at Bayer AG in Germany for two years. He has a bachelor’s degree in chemistry from the University of Dayton and a doctorate in chemistry from the Pennsylvania State University. For additional information on the topics addressed or to ask another question, email jeff.dormish@covestro.com with the subject line “Polyurethanes Q&A.”