The concept of “compact prosecution” was introduced in the U.S. Patent and Trademark Office (USPTO) in the 1960s. Prior to its introduction, the level of 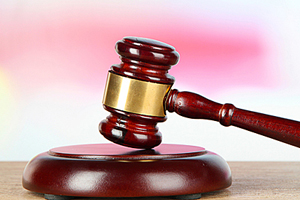 examiner productivity and efficiency were not of paramount concern. Any number of examiner-issued office actions and applicant responses could be exchanged during the prosecution of patent applications.

At the time, the term of a U.S. patent was 17 years from the issue date. Time spent prosecuting an application before a patent examiner did not reduce the patent term as it does today. In addition, before compact prosecution, patent examiners received production credits for each USPTO action, so there was little incentive to conclude prosecution.

The fundamental premise behind compact prosecution was that limiting the number of actions during examination leads to faster examination, shorter pendency and better efficiency in USPTO operations. Under compact prosecution, examiners were expected to prosecute a patent application thoroughly in the first USPTO action. Assuming that feat could be achieved, the second action could be made “final,” at which time an applicant’s ability to prosecute an application further would be limited. The objective was to get an examination done completely and correctly in the first action.

Before compact prosecution imposed limitations on the number of USPTO actions and ability to respond, prosecution of an application could involve any number of actions that were necessary to develop and resolve issues. At the same time, applicants were permitted to amend claims to accurately define the invention over prior art uncovered during examination in a manner that was agreed to be allowable, or define clearly the issues to be considered on appeal. In essence, compact prosecution created and continues to foster ongoing problems that have derailed efficacy of the patent examination process.

The adverse effects of compact prosecution are not surprising. In response to a first USPTO action, an applicant typically amends his/her claims to distinguish over the prior art cited by an examiner. The examiner then finds new prior art and rejects the amended claims in a second USPTO action that is made final. Prosecution is abruptly terminated before an applicant is able to respond with claim amendments to the second USPTO action to address/distinguish over the newly cited prior art. In this situation, the only recourse for applicants is to file a request for continued examination (RCE) in order to continue the examination with new claim amendments.

Compact prosecution was originally conceived to speed up examination, shorten pendency and increase efficiency of patent prosecution. Over the years, however, it has resulted in the filing of many continuation applications, including file wrapper continuations (FWCs), continued prosecution applications (CPAs) and—more recently—RCE applications. As a result, the USPTO has taken opposition to RCEs and unsuccessfully tried to limit the number of continuations applicants can file. The USPTO has currently imposed high fees (verging on penalties) for filing a first RCE, and even higher fees for filing any subsequent RCE. Nevertheless, on average, about 25% of patents that have issued in the last few years have had at least one RCE filed during the prosecution.

RCEs are the black sheep of the USPTO. Patent Office management sees the high rate of filing RCEs as a symptom of a breakdown in the prosecution system—the system’s inability to flush out and resolve all prosecution issues in two USPTO actions (when the applicant is only allowed to amend claims in response to the first action). The USPTO has even gone so far as to blame applicants for their “shared responsibility” to draft better applications/claims, even though the issues that arise during prosecution are often dependent upon prior art that is unknown at the time applications/claims are drafted.

Reducing the current backlog of 587,637 patent applications that are waiting to be examined (compounded by the current annual filing of nearly 600,000 new applications) has become a priority for the USPTO. A steady decline of about 10% of the backlog has been achieved in part by shifting resources to examining new cases and reducing the priority level of examining RCEs. As a result, the backlog of unexamined RCEs has continued to increase.

In his February 14, 2013, IPWatchdog® blog, U.S. patent attorney Gene Quinn reported that the backlog of unexamined patent applications was down over 15.1% in September 2012 (compared with October 2010), while the number of unexamined RCE filings grew 95.6%, after peaking at 103.9% in August 2012. It seems that the USPTO is trading one backlog problem for another.

The USPTO will not abandon the premise of compact prosecution, even though it has created more efficiency problems than it was intended to solve. With 25% of all issued patents based on the filing of at least one RCE, it seems clear that applicants will continue to file RCEs out of necessity to flush out and resolve issues that arise during prosecution, and to amend claims as necessary to define over prior air uncovered during examination.

A few years ago, a younger patent attorney tried to explain to me that the “the practice” had changed and once an applicant receives a final office action, the only course of action is to file an RCE. I have read similar advice in professional articles as well.

If, in response to a final office action, an RCE is filed and an examiner can make a rejection of the claims based on the same prior art relied upon in the final rejection, the examiner can issue a first action final rejection and thus prevent the applicant from again amending the claims. In such a situation, the only way to have further amendments entered and considered would be to file a second RCE.

The first action final rejection is a tool that examiners can easily use to prematurely curtail examination. Although it does not seem to be used as frequently as in the past, applicants need to be aware and cautious of automatically filing RCEs in response to final USPTO actions.

Michael Gzybowski, counsel at Brinks Gilson & Lione, concentrates his practice on patent prosecution, providing support for patent litigation and counseling clients on patentability, infringement and validity issues, and licensing agreements. Gzybowski has more than 25 years of experience, including his work as a patent examiner at the U.S. Patent and Trademark Office. He can be reached at (734) 302-6046 or mgzybowski@usebrinks.com.