The Union Tool Corp. recently announced it celebrated its 70th anniversary in 2014. Started by Karl J. Heinzelman, Union Tool is a family-owned business; 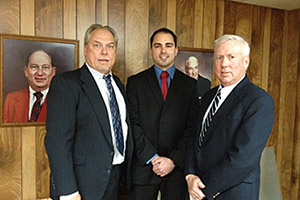 co-presidents Chuck Simpson and Mike Simpson represent the third generation, while the fourth generation started in October when Chas Simpson joined the company.

“Not many family businesses make it three generations, and we’re proud we did,” said Chuck Simpson. “And now that we are bringing in a fourth generation? That’s pretty rare. We’re looking forward to keeping their tradition alive long into the future.”