Regulatory Review: Into the West

California will be an area of considerable focus for the adhesives and sealants industry in 2015. 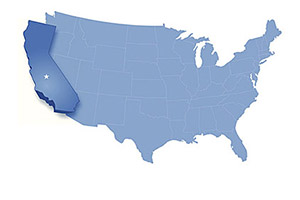 The Adhesive and Sealant Council’s (ASC) Regulatory Affairs Committee (RAC) recently held its annual “forecasting” conference call, during which we prioritize what are believed to be the biggest legislative and regulatory issues for the industry in the upcoming year. As the discussions progressed through the afternoon, it became increasingly clear to me that California will be an area of considerable focus in 2015.

Front and center on the list of concerns is the state’s Office of Environmental Health Hazard (OEEHA) probable effort to drastically change the requirements for Prop 65 product labeling. Initially rolled out as a pre-regulatory notice, the agency suggested some draconian ideas to what Prop 65 labels might look like in the future—all in the name of reform, of course. Some ideas suggested by the agency included:

• Requiring use of the word “expose” in Prop 65 warnings

• Creation of a new OEEHA website that would allow public access to additional information related to the specific warning, including chemical identity, toxicological endpoint, route of exposure, and suggested actions to avoid exposure

Of course, the regulated community, including the ASC and many of its members, responded negatively during the comment period. OEEHA’s interest in the idea seemed to wane during the summer and early fall (a more cynical person might see some relationship to the election season). Then, toward the end of October, some new un-proposed documents began circulating around Sacramento. These latest missives strikingly resembled the earlier pre-regulatory notice, except that a new agency-designed pictogram had replaced the original GHS health hazard symbol. At this writing, OEEHA has still not made the Prop 65 label revision a formal proposal, but it was the RAC’s sense that it is only a matter of time before one is issued.

Another, more tangible concern looming on the 2015 horizon is the Department of Toxic Substances Control’s (DTSC) priority work plan that has identified seven categories within which products will be evaluated during the next three years as part of the state’s Safer Consumer Products (SCP) program. In the draft work plan released last September, building construction products was one of the seven singled out for consideration, with adhesives and sealants specifically identified as possible candidates for review. The work plan was supposed to be finalized by January; it is expected that, within weeks of that milestone, the DTSC will announce a likely 3-5 specific types of products that will need to be examined to see if they can be formulated with what DTSC considers “safer” alternative compounds.

The challenge here is that the agency has not completely worked out the process or determined best tools for companies to use to undertake an Alternative Assessment for the products in question. Everyone agrees that trying to reformulate an existing product to meet the concerns of the agency will be formidable. But if the DTSC maintains a strict compliance schedule without providing proper assessment tools and guidance, it will create a situation where the level of uncertainty becomes increasingly troubling.

Finally, those who follow the South Coast Air Quality Management District’s (SCAQMD) Rule 1168 activities are most likely aware that the district staff decided to put their rule revision activities on hold last July just when it looked like a general agreement had been reached on most of the substantive issues. The ASC understands that there have been some staff changes this fall, so if and when SCAQMD does start back on the rule revisions in 2015, the first question will be if we are starting from where we left off last July or going back to square one.

Mark Collatz is Director of Regulatory Affairs for The Adhesive and Sealant Council (ASC). He can be reached at mark.collatz@ascouncil.org.