Henkel recently announced that it has opened a new factory for the production of Ceresit products, such as cement-based dry-mix adhesives for tiling and external 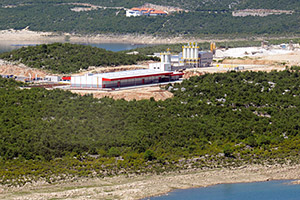 thermal insulation composite systems, in Bileca, Bosnia and Herzegovina. Bileca is in the south of the country, close to the border with Montenegro.