Safe handling of industrial gases is one of the top priorities in any plant operation, and as a result, is a well-regulated activity. Even with regulations, there are still many harmful accidents globally that have been caused due to gas leaks. For example, in 2019 a silicone manufacturing plant lacked functioning detectors and failed to detect a hydrogen gas leak, which caused an explosion that took the lives of four workers at the Illinois plant.1 In another accident in 2018, an ice factory in Malaysia had an ammonia gas leak that caused injuries and deaths.2

To prevent these tragedies, many gas detection techniques and devices have been developed for detecting and/or monitoring the leaks of hazardous gases. Soapy water tests (snoop), portable sensors (sniffers), fixed area sensors, and thermal/infrared cameras can accurately detect the presence of a leak, but they are not very helpful with identifying exact leak locations. They also tend to be reactive solutions—looking for leak locations after a problem has been identified. Examining and securing the leak location is labor-intensive, time consuming, and requires skilled employees. Outdoor applications create additional challenges due to the leaking gas concentration becoming diluted or influenced by the environment (e.g., wind), which can result in no detection, and hence, failure to identify the leak location.

Nitto’s hydrogen and ammonia detection tapes have been developed for industrial operating environments and provide an easier and proactive way to detect the exact location of a gas leak. The tapes utilize chemochromic pigments/reactants that change color during exposure to a designated detecting gas. As a result, the leak location can be easily identified with a visible color change—no calibration is required. The tapes are designed as a regular pressure-sensitive adhesive (PSA) tape, making it easy to apply with no special training. Furthermore, its durable design allows it to be used in indoor and outdoor environments. Because the tape encloses a pipe, it makes its own “confined” space, and is less influenced by wind and weather, making it easier to detect small or intermittent leaks.

These tapes have been successfully commercialized and have been used around the world. When used in combination with current safety gas detecting devices/systems, these tapes can improve leak detection times. 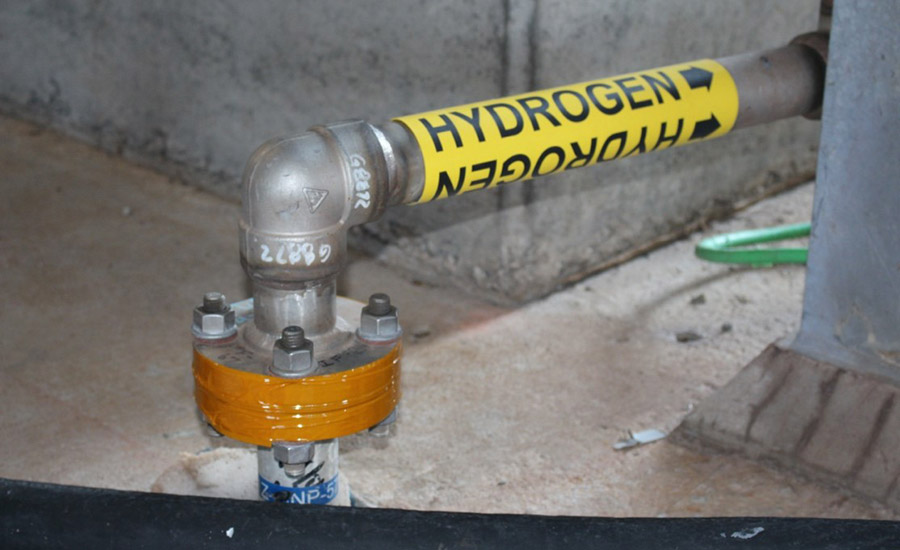 The technology for Nitto's first detection tape, for hydrogen (H2) gas, was developed as a collaboration between NASA Kennedy Space Center and the University of Central Florida. NASA was looking for a new way to detect hydrogen leaks, as hydrogen fuel is commonly used for space shuttles. 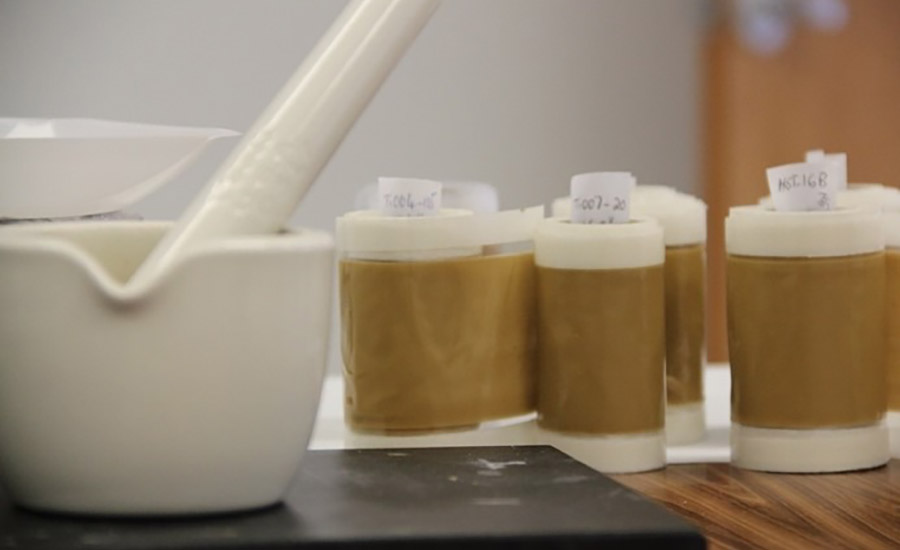 Nitto developed the technology into a PSA tape composed of a polyimide backing film and a silicone adhesive coating mixed with a hydrogen-gas-detection pigment. The inorganic pigment, which has better UV resistance when compared to organic-type pigments for better outdoor application performance, was designed to react with hydrogen gas and create a permanent color change. The color change can happen in as quickly as a few minutes at a higher gas concentration and works with concentrations as low as 1% hydrogen gas. The rate of color change (from amber to black) depends on the gas concentration, flow rate, and environmental temperature. Hydrogen detection tape works within a wide operating temperature, depending on the application environment, as high as 200 °C (short-term application) and as low as -78 °C. The tape can be used on both large surface areas (e.g. hydrogen cooler, pipelines, and flanges), and small leak positions (e.g. the connection area in a fuel cell station). 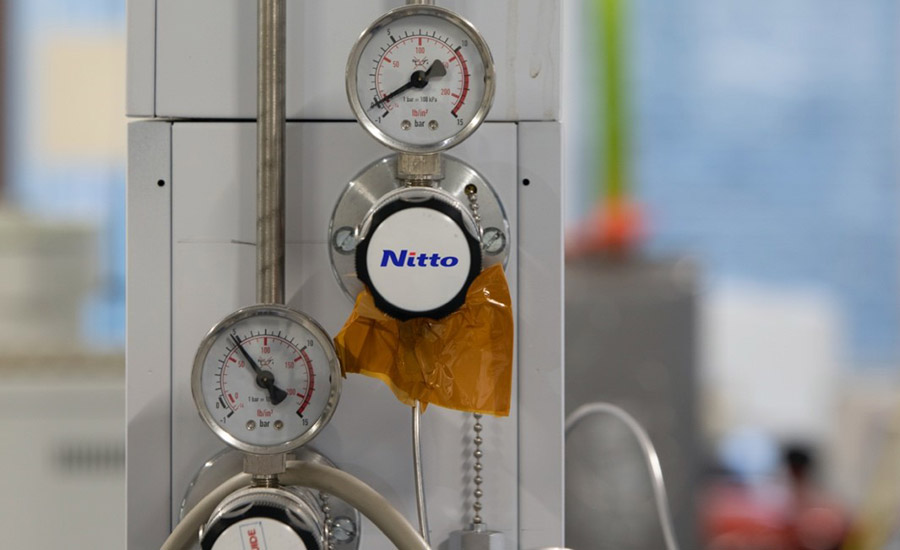 Current methods for finding an ammonia (NH3) leakage point are burning of sulfur sticks, which produces hazardous sulfur gas, or using Litmus paper, which must be wet and the color change reverses quickly. To offer a safer and more efficient detection method for leak locations, Nitto ammonia gas detection tape was developed based on the same concepts of hydrogen detection tape. The tape is made of a polyester backing film, a silicone adhesive layer blended with the pigment, and a polyester liner. The pigment reacts with ammonia gas to create a color change. The tape is produced with an inorganic material that is suitable for both indoor and outdoor applications. 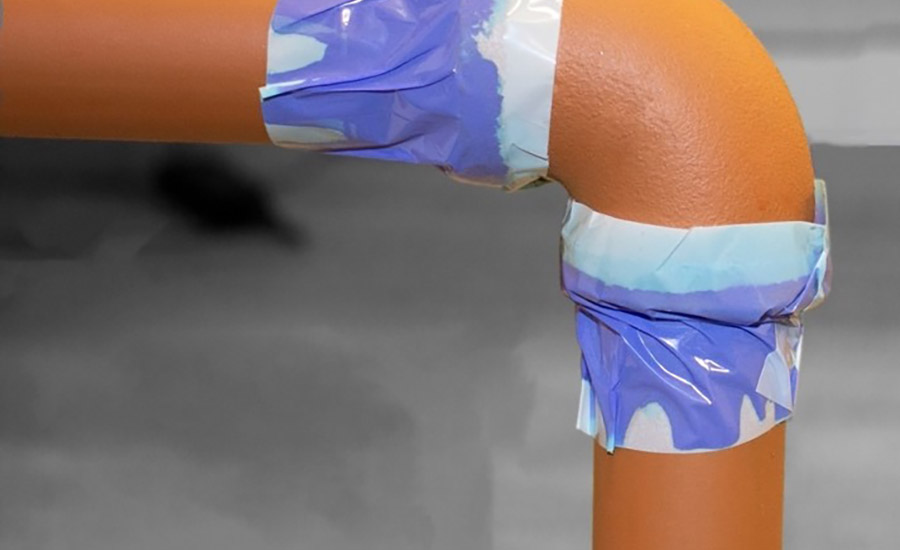 The tape provides a visual contrast by changing color from white to blue after being exposed to ammonia gas. It also provides long-lasting color change even when the flow of ammonia gas has stopped, thereby allowing for the detection of intermittent leakage. The retention time of color change depends on the environment, especially temperature. For example, after stopping the gas exposure at 40 °C, the tape retains a visually identifiable color change for up to three days, starting from blue to a light blue color. The color-change rate is also influenced by the gas concentration, flow rate, and application’s temperature. The tape can achieve good visual contrast with as low as 220 ppm ammonia gas concentration after 15 hours of exposure time. In addition, the tape has a wide operating temperature range from as high as 120 °C down to as low as -20 °C. 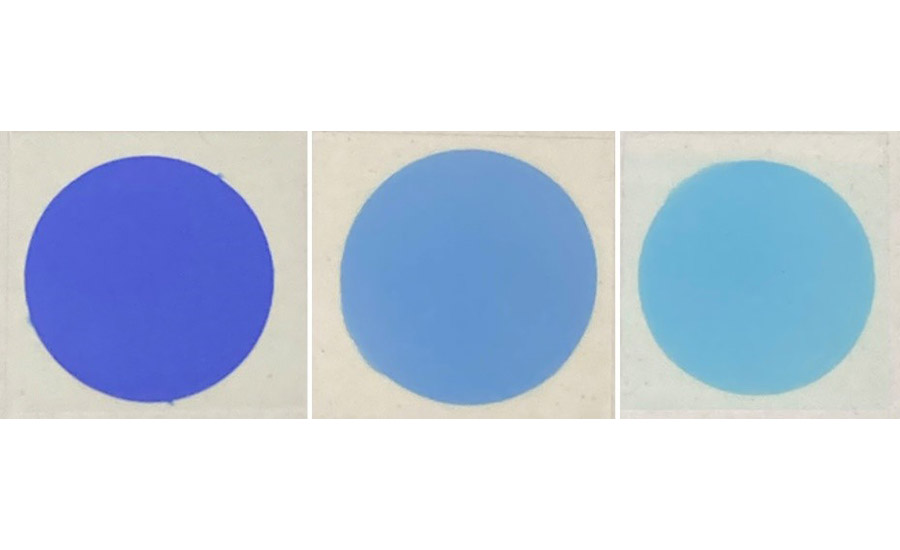 Nitto’s gas detection tapes give operators a proactive solution for finding exact leak locations. The versatility of the products as well as their ease of use makes them an ideal solution for small or intermittent leaks in a variety of locations.