Developed regions including Europe, Japan and the U.S. have long represented major markets for adhesives.

Developed regions including Europe, Japan, and the U.S. have long represented major markets for adhesives. The Middle East and Asia-Pacific region, led by 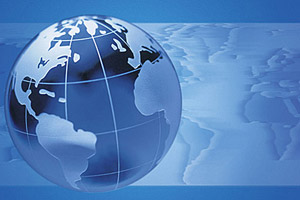 countries like China, India, Taiwan, Vietnam, South Korea, are forecast to drive future growth in the market, according to a recent report by Global Industry Analysts, Inc. The rapid pace of industrialization, strong GDP growth, and a rise in manufacturing/industrial output represent key growth drivers in these regions. India stands as an upcoming market for aggressive investments by global majors. In South America, Brazil and Argentina are emerging as promising markets for adhesives.

Environmental concerns and regulations have always been a concern for adhesive manufacturers. Formulation and production of eco-friendly products like solvent-free adhesives are growing in popularity. Manufacturers are increasingly investing in manufacturing and product development programs to engineer eco-friendly adhesives based on vegetable oils, organic starch, soy, and water. The manufacture of polyurethane adhesives derived from microbial processes and fermentation is growing in popularity. Finding strong favor among adhesive manufacturers are vegetable oils, which are already being used widely in formulating efficient adhesives like polyamides that are capable of competing effectively against petroleum-derived adhesive systems. The trend toward recycling and safe disposal of waste will also get stronger in the coming years.

The increasing use of high-performance adhesives in medical applications is another growth driver for the market. A growing need for dental and surgical adhesives, as a result of the aging population, is also benefiting demand in this sector. Cyanoacrylate adhesives dominate the market for medical adhesives.

An increased focus on renewable energy is also opening up opportunities for adhesive manufacturers. The push toward a viable renewable energy source has brought solar photovoltaic power technology to the forefront, and manufacturing of solar panels is forecast to emerge into one of the most crucial application areas for adhesives.

Europe continues to remain the largest regional market worldwide, according to the report. Asia-Pacific represents the fastest growing market with a projected CAGR of 4.4% over the analysis period. By chemical type, acrylic adhesives is one of the fastest growing segments worldwide.