3M recently announced that Ashish K. Khandpur, Ph.D., has been appointed senior vice president of Research and Development, as well as chief technology officer. He 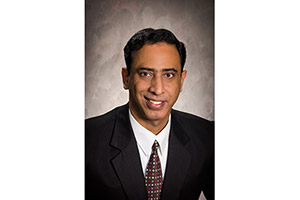 replaces Frederick J. Palensky, Ph.D., who is retiring after a 37-year career with the company.

Khandpur joined 3M in 1995 in the company’s adhesive technology center in St. Paul, Minn. He received multiple promotions within 3M’s Central Research Laboratories before moving to the company’s Office Supplies Division Laboratory. In 2006, he relocated to 3M India to establish and lead the company’s first local laboratory. He subsequently served as technical director for the Industrial and Transportation Business in the Asia-Pacific region and, in 2012, he was appointed vice president of Research and Development for the worldwide Industrial and Transportation Business. Khandpur’s most recent leadership role was vice president and general manager for 3M’s Personal Safety Division.