Although powder-based light stabilizers play an important role in modified silane sealants, they can also cause the sealant to become darker or yellowish. A recently developed liquid technology can alleviate that problem.

In recent years, a proprietary liquid light stabilizer series* was designed specifically for modified silane sealants.2 Their liquid form enables these light stabilizers to be quickly mixed with liquid resin without extra heating, lowering energy costs and reducing the production time between batches while simultaneously improving the sealant’s weather resistance.

Although light stabilizers play an important role in improving the weather resistance of modified silane sealants, they also cause some issues. For example, the color of the sealant becomes darker or yellowish, an issue that becomes worse when the stabilizer is applied to colorless and transparent sealants.

In order to address the issue of color darkening caused by light stabilizers while retaining weather resistance, we first investigated the factors that may cause the darkening of the modified silane sealant formula. Next, we used the design of experiment (DOE) coupled with statistical software (JMP) to confirm the key factors that cause the darkening of the color.3 Lastly, we finalized an appropriate light stabilizer solution that not only can reduce the impact on the color of the transparent sealant but can also meet the requirements of weather resistance.


The sealing panel formula is shown in Table 2. To produce the transparent sealant panels used throughout the tests, light stabilizer, plasticizer, and fumed silica were added to the liquid resin, and then stirred and mixed. The mixture was held under vacuum at 120°C for 2 hrs to dehydrate and remove air bubbles, and then cooled to 50°C; catalyst and adhesion promoter were then added. After being evenly mixed in a planetary mixer, the material was placed in molds and transparent sealant panels with a thickness of approximately 20 mm were created.4

The first experiment focused on confirming the key factors affecting the color of transparent sealant and the level of the impact with a screening design of four factors and two levels. The experimental factors included catalyst U-220H, adhesion promoter A-1110, UVA-1, and HALS-1. The panels were produced based on the dosages listed in the experimental design table (see Table 3) and the panel production process. The YI value (appearance color) of each panel was measured after curing for 7 days. Data results are shown in Table 3.


Figure 1 shows the lightest and the darkest panel. The difference in the appearance of the transparent modified silane sealant can be visually distinguished easily. 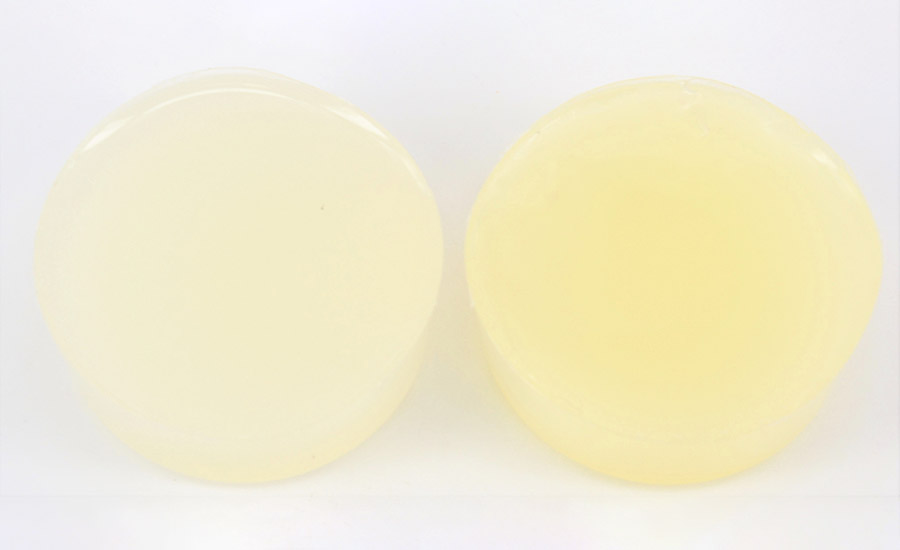 
In Figure 2, we can see the level of influence of each significant factor on the color of the transparent sealant. The catalyst is the most critical among all the factors. However, as the adjustment of the catalyst requires consideration of the curing speed, the operations time, and various subsequent applications, it is difficult to make changes to the catalyst.

Figure 2. The level of influence of the significant factors.


According to the parameter estimation table (see Table 6), none of the three composite light stabilizers interacted with the catalyst to darken the appearance color. In addition to the catalyst U-220H, the other significant factor that affects the color of the sealant is Blend-1, which itself is yellowish. The level of influence of Blend-1 is 18.3%, which is high enough to cause the discoloration of the sealant.


As for Blend-2 and the proprietary liquid stabilizer, the level of influence is 0.3% and 3.4%, respectively. Their influence on the color of the sealant is negligible compared to U-220H’s 75.1%. Although Blend-2 and the liquid stabilizer can avoid the yellowing of the initial color of the sealant, their weather resistance still needs to be verified.

The third experiment sought to verify the difference in the light stabilizers’ weather resistance. Three groups of light stabilizers were selected for weatherability testing: Blend-2, the liquid stabilizer, and UVA-1 mixed with HALS-1 in a 1:1 ratio. The dosage of these three items is 1 phr, respectively. They were made into a 2-mm-thick panel separately. The panels were placed in an accelerated weathering machine for testing according to ASTM G154.

After 100 hrs of accelerated weathering testing, the color of the panel without any light stabilizer added was obviously yellow (Delta E is 9.0). Moreover, the surface of the panel began to stick and crack. By contrast, the other three groups of panels with light stabilizers added could still maintain Delta E below 4.0 after 100 hrs. 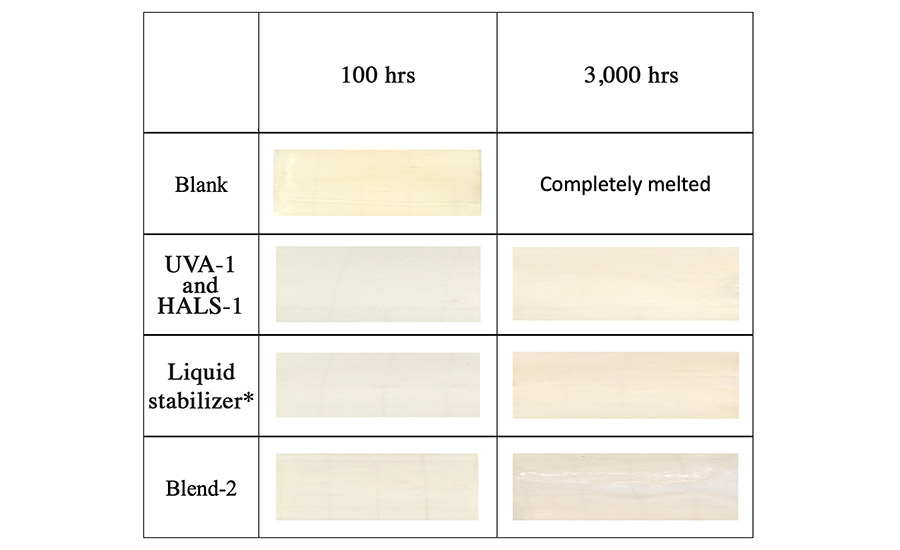 Figure 3. The level of degradation of the panels.


Both the panel with UVA-1/HALS-1 and the panel with the proprietary liquid stabilizer could last more than 3,500 hrs before degradation started, while the panel with Blend-2 could withstand up to 3,000 hrs. During the experiment process, we discovered that the liquid stabilizer is more compatible when applied to liquid resin. It can avoid problems of uneven mixture and the migration of powder additives after the sealant is cured.

Although the commonly used combination of powder UVA-1 and HALS-1 can effectively improve the weather resistance of transparent sealants, it interacts with catalysts to cause the color of transparent sealants to become darker and yellow. In contrast, the liquid light stabilizer provides excellent performance and avoids affecting the transparent sealants’ appearance color. Moreover, as a liquid additive, it has good compatibility with liquid resin and is easy to mix without causing migration.