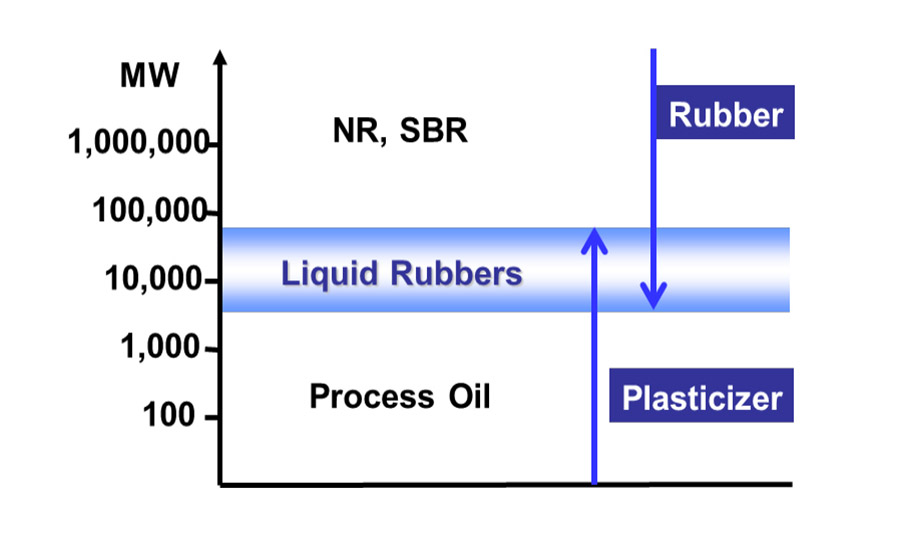 
Figure 2 illustrates the molecular structure of trans-β-farnesene. The circled part is trans-β-farnesene’s conjugated diene head group, which enables it to be polymerized by anionic, radical, cationic, and coordination polymerizations.2 The squared part in Figure 2 differentiates trans-β-farnesene from petroleum-sourced monomers like isoprene and butadiene. The long chain branched tail helps lower viscosities and increase reactivity.


Rubber-based automotive sealants are common in the transportation market. Several materials, such as epoxy resins, acrylic resins, urethane rubbers, and diene rubbers, are used in these sealants and adhesives. Sulfur-cured diene rubbers are often used in anti-flutter and body sealants due to their flexibility and elasticity. However, peroxide curing is becoming the preferable curing system due to the transition of pre-coating agents from zinc phosphate to zirconium oxide. Zinc phosphate coating has been widely used as an iron surface treatment.3 This coating serves two primary purposes: to protect vehicle bodies from corrosion and to promote adhesion between the paint and metal.

Although diene rubbers can be crosslinked with both sulfur and peroxide, they show different curing kinetics due to their microstructures. Curing kinetics of various liquid rubbers in each curative package are shown in Figures 3 (sulfur) and 4 (peroxide). In the sulfur system, polybutadiene, having higher 1,4-structure (1,4-LBR), exhibited faster curing than polybutadiene with higher 1,2-structure (1,2-LBR). On the other hand, 1,2-LBR exhibited faster curing in the peroxide system. This may be due to the different chemical reaction processes between sulfur and peroxide crosslinking. 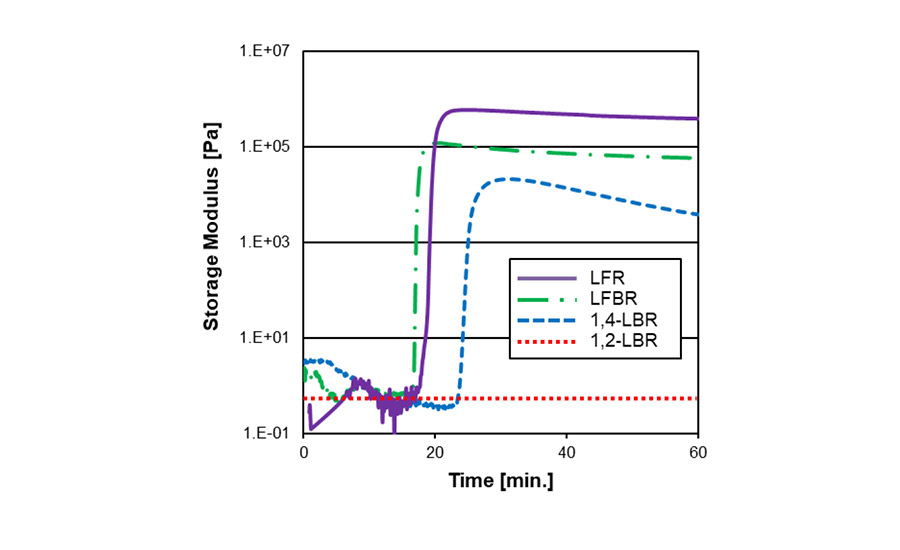 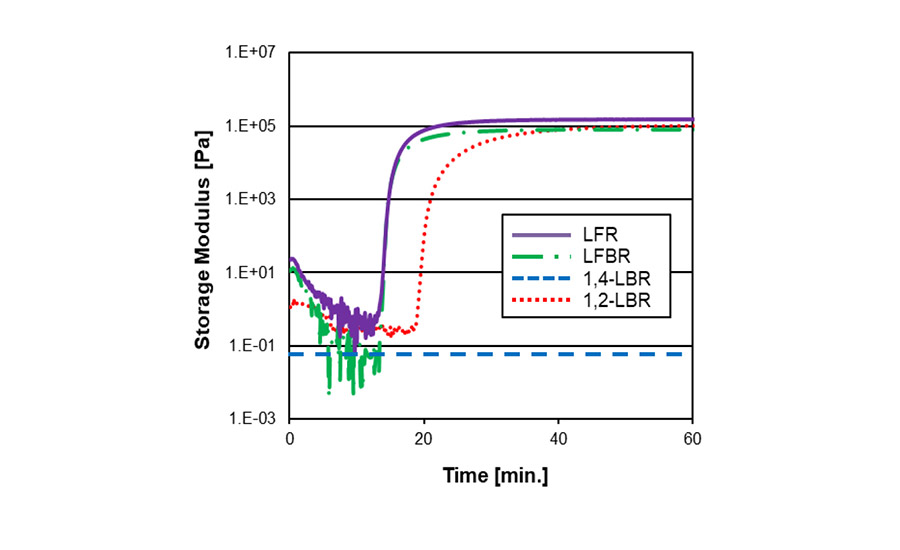 Styrenic elastomers, which are a type of thermoplastic elastomer, consist of one or more polystyrene blocks as hard segments and a polybutadiene and/or polyisoprene block as soft segments. This kind of polymer exhibits rubber-like properties since the hard segments act as physical crosslink points below the glass transition temperature (Tg), yet they flow and process at temperatures higher than the Tg.

3. Calculated by method developed from ASTM D6866/feeding ratio of farnesene

Liquid farnesene rubber and the renewable styrenic elastomer represent pioneering technology that improves the environment and enhances quality of life. Life cycle assessments of these materials have been undertaken to calculate their relative greenhouse gas (GHG) emissions. The results revealed that the styrenic elastomer is expected to reduce GHG emissions by 33% in comparison to a similar, conventionally produced material. In addition, LFR is expected to reduce emissions by 108% in comparison to a similar liquid isoprene rubber. It is clear that these materials will help to create new market value due to their unique chemical structure and the reduction of GHG emissions.

Editor’s note: This article is based on a paper given at the Fall 200th Technical Meeting of the Rubber Division of the American Chemical Society, Pittsburg, Pa., October 5-7, 2021.

Note: Opening image courtesy of hirun via iStock / Getty Images Plus on GettyImages.com.