Search for suppliers, manufacturers and distributors of equipment used in the formulation and manufacture of adhesives and sealants.
SUBMIT MY RFP

Keith Wade, V.P.-IMCD U.S. Coatings & Construction
(800) 729-8900
info@imcdus.com
A market leader in the sales, marketing, and distribution of specialty chemicals. Operating coast-to-coast across the U.S., delivers expertise, chemistries, and solutions. With an extensive portfolio of specialty chemicals from best-in-class suppliers, caters to the unique needs of its markets. 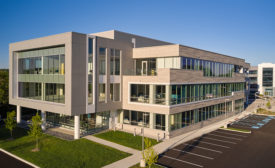 IMCD reportedly developed this new location to accommodate its expanding business, invest in its people and future growth, and complement its global digitalization initiatives to better serve its markets across the U.S.
No Comments
IMCD N.V. recently announced the opening of its new U.S. headquarters in Westlake, Ohio, a suburb of Cleveland.
Read More 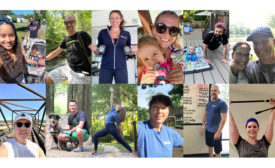 Employee Effort at IMCD Results in 80,000 Meals for Feeding America

The donation was made possible through employee participation in the IMCD US Get Fit for Hunger summer challenge.
No Comments
In acknowledgement of National Day of Service and Remembrance, IMCD US recently announced its support for communities across the U.S. through the donation of 80,000 meals to Feeding America.
Read More
Back to Listings