This website requires certain cookies to work and uses other cookies to help you have the best experience. By visiting this website, certain cookies have already been set, which you may delete and block. By closing this message or continuing to use our site, you agree to the use of cookies. Visit our updated privacy and cookie policy to learn more.
Home » Renewable Carbon and the Quest for a Reduced Carbon Footprint
Adhesives and Sealants TopicsFinished Adhesives and SealantsSustainabilityRaw Materials and Chemicals
Striving for Sustainability

Renewable Carbon and the Quest for a Reduced Carbon Footprint

Lots of options are available for companies that are trying to address sustainability. What is renewable carbon, and how can it play a role in reducing an organization’s carbon footprint?

The concept of sustainability has evolved to become one of society’s key megatrends, and companies in all industries—including adhesives and sealants—are striving to reach aggressive goals to reduce their carbon footprints. It can be a tricky process to maneuver, as sometimes overwhelming options and myriad buzzwords often make it difficult for companies to determine the best course of action for their business.

Renewable carbon is a principle that offers a lot of promise. But what exactly is renewable carbon, and how can it play a role in reducing an organization’s carbon footprint? I reached out to Christopher vom Berg of the Renewable Carbon Initiative to learn more. A partial transcript is included below, and I invite you to listen to our full conversation in the Bonding with ASI podcast.


What are the goals of the Renewable Carbon Initiative? 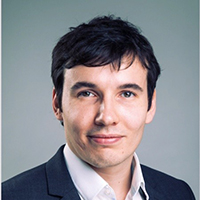 Christopher vom Berg, Renewable Carbon InitiativeThe initiative and the companies in the initiative have the understanding that it’s essential to switch away from fossil carbon to alternative renewable carbon sources. There’s also the understanding that so far that is not properly reflected in policy so much. Yes, there is some development going on, but not as much as we would like to see. The initiative came together with the overarching goal to support the transformation and to push the transformation of our economy from fossil carbon to renewable carbon.

When we talk about renewable carbon, we’re talking about embedded carbon. We actually mean the carbon that is found in the molecule, the structure of any material or chemical. There’s quite a lot of carbon, and it does make up a fair share of the overall carbon footprint. If you incinerate the product at the end and the carbon bound gets released, this is the carbon we are tackling.

And finally, you have recycling. You know mechanical recycling—just collect it and reuse it again. But more directed towards the future, there’s also chemical recycling, where you take waste that is maybe not so good anymore for mechanical recycling and you do some chemical processes in order to bring it back to a more elemental state that you can use again for other products.


What are the various factors that should be included when considering a company’s overall carbon footprint?

Emissions are grouped into scope one, scope two, scope three. Scope one is the emissions that you directly generate with your own company offices and production facilities. Then scope two is the emissions that occurred because you use electricity and energy and heat, so the kind of the things you need to run your processes. That also includes the car emissions, for example, that belong to the company.

Nowadays when people talk about the company carbon footprint and companies say that they are carbon neutral (so they have no emissions because they offset them), it’s usually focused on scope one and scope two, just what they control themselves. The emissions coming from the value chain beforehand, they are often not included in that. Scope three, along the whole value chain, that is a much more complex process, which often needs a lot of networking and working together and acting together in order to properly get a scope three emission reduction.


What are some steps that companies can take when they’re looking to reduce their carbon footprint?

I think in general, it depends kind of on what company we talk about. If you’re just office based, you usually have electricity and heating and commuting that are the major things you want to address. If you’re a producing company, of course, the production processes. In general, the majority of carbon comes from energy use, so that is usually the first lever you look at. Reducing the energy, maybe using renewable energy instead of the grid mix that you get out of the market, these are usually the strongest and first ways how to reduce the carbon footprint.

When we talk about scope three emissions and what I mentioned before, renewable carbon, the embedded carbon in products, that is usually nowadays quite not so well addressed. It’s just not properly included because the emissions of embedded carbon do only occur at the end of life. It’s often not properly considered when you say, look, I bought some raw material, let’s say some biomass with carbon contained. In the end, that gets released, of course. Biomass is a specific case because the carbon is captured from the atmosphere and then released again, so it’s a net zero balance.

Now let’s go back to fossil feedstocks. You buy some crude oil, and the emissions that appear at the end of life are often not considered. When companies talk about reducing their carbon footprint, of course, energy, electricity is the first major lever to consider when you’re a producing company, but also in particular when you talk about scope three, looking at the embedded carbon that then leads to emissions at the end of life is also very important.

The RCI recently published a policy paper entitled “Renewable Carbon as a Guiding Principle for Sustainable Carbon Cycles.” The paper includes 11 policy recommendations focusing on the topics of renewable carbon, carbon management, support for the transformation of the existing chemical infrastructure, and the transformation of biofuel plants into chemical suppliers. Long and short versions of the policy paper are available as free downloads at https://renewable-carbon-initiative.com/media/library.


For additional details regarding the RCI’s objectives and how your company can get involved, visit www.renewable-carbon-initiative.com.

Susan Sutton is Editor-in-Chief, Integrated Media of Adhesives & Sealants Industry. She can be reached at suttons@bnpmedia.com or (248) 786-1704.