Listen as PPG’s Marvin Pollum explains the process behind the development of an award-winning structural adhesive that combines the strength and ductility required for composite armor assemblies. 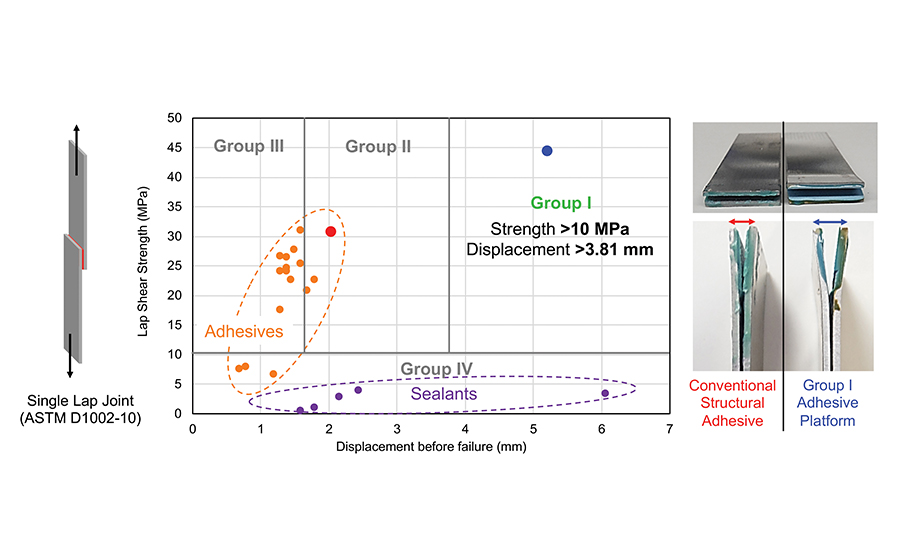 Figure 1. Single-lap joint benchmarking results for commercial adhesive and sealant formulations against MIL-PRF-32662. The red data point demonstrates the lap shear performance of a conventional structural adhesive formulation, falling into the Group II specification range. The blue data point shows the lap shear performance of the developed Group I adhesive platform. Single-lap joint images to the right compare the deformation of the aluminum substrate during testing for these two groups of adhesives.

Single-lap joint testing indicated a stronger, more flexible material had been developed, producing a 150% increase in strain to break and a 50% increase in breaking strength, as compared to conventional toughened epoxy adhesives (see Figure 1). Thus, a formulation platform was developed for epoxy-based structural adhesives meeting Group I performance of MIL-PRF-32662. 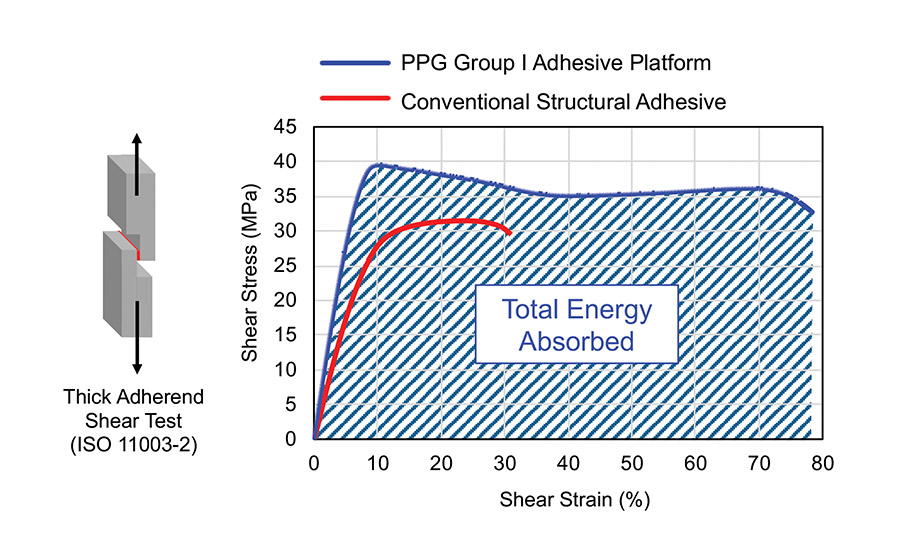 Figure 2. Bulk shear properties of adhesives measured by thick adherend shear test (TAST) ISO 11003-2. Shear strain of the adhesive was measured independent of substrate deformation using a digital averaging extensometer. The area under the shear stress-strain curve represents the strain energy density of the adhesive (i.e., the total energy absorbed by the adhesive prior to failure).

The results of the TAST testing are shown in Figure 2. In comparison with a conventional structural adhesive, the new adhesive platform displays a higher shear strength and a much greater shear strain before failure.

The observed shear yielding of the adhesive material and high degree of strain before failure demonstrates significant ductility within the bulk adhesive layer at high stress levels and explains the observation of both higher shear stress and greater displacement to failure in the single-lap joint testing discussed previously. The area under this shear stress-strain curve represents the total energy absorbed by the adhesive before failure, which was measured to be 2.5-fold greater for the Group I adhesive platform as compared to a conventional epoxy-based structural adhesive. 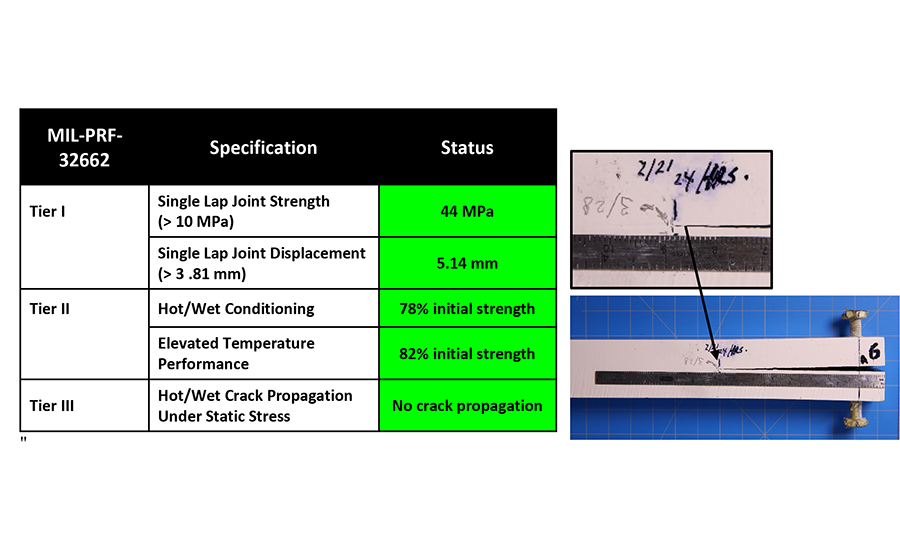 In addition to single-lap joint strength and displacement (Tier I), MIL-PRF-32662 specifies single-lap joint performance under elevated temperatures and after hot-wet conditioning (Tier II), as well as resistance to crack propagation (Tier III). Validation data from ARL testing is presented in Table 1 and Figure 3. To date, this technology is the only material approved to all three tiers of the specification.

Following the MIL-PRF-32662 qualifications and the initial testing phase, PPG became interested in expanding the structural adhesive’s applications to additional market segments. In markets such as aerospace, automotive, and industrial, adhesives are required to meet many additional criteria and performance properties, in addition to those that were included in the MIL-PRF-32662 specification and in initial formulations of PPG PR-2930™. Such performance properties include broader cure conditions (time and temperature), specific viscosity and rheology, adhesion to a variety of substrates, environmental resistance, fatigue and high-speed impact resistance, product shelf stability, and numerous industry-specific mechanical tests. 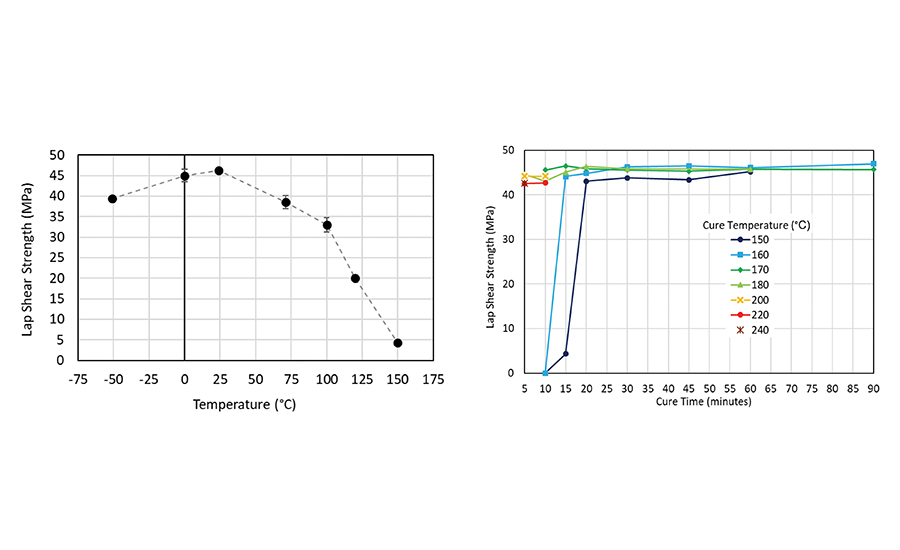 Figure 5. Adhesive properties beyond MIL-PRF-32662 that were built into PR-2930 to meet a broader range of market applications.

Finally, all of the tests specified in MIL-PRF-32662 are quasi-static. However, polymeric materials are viscoelastic, with mechanical properties highly dependent on test rate and temperature. PR-2930 was also evaluated in a series of high-strain rate tests conducted at the City College of New York (CCNY). Both the high strength and high ductility was maintained in high-strain rate shear and bending tests over a wide temperature range (-50°C to 63°C).

For PPG, the award validates the company’s ability to provide cutting-edge innovations and technologies. The greatest achievement for PPG, however, is knowing that its people and products play a vital role in the protection of the men and women of the U.S. armed forces globally.

Brian Rearick is the Research Manager of Material Science and Engineering for PPG.

Marvin Pollum is the Senior Research Chemist of Adhesives and Sealants of PPG.