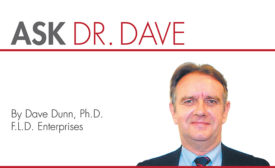 How do we get rid of the mess created from using fumed silica?

Dave Dunn's June 2017 column.
Dave Dunn Ph.D.
One Comment
Can you help us to get rid of the mess created from using fumed silica in our silicone and polyurethane adhesive manufacture? It is so lightweight that it covers the entire factory.
Read More 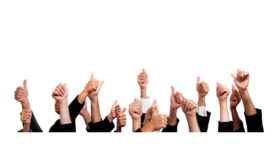 Aroset 2554 is an emulsion PSA for removable labels and graphics applications.

SG230HV is a methacrylate adhesive system that reportedly holds both Lloyd's Register and American Bureau of Shipping (ABS) certifications.

Is there a PSA that can be removed and reapplied a number of times without losing adhesion?

Dave Dunn's May 2017 column.
Dave Dunn Ph.D.
No Comments
We have a customer who wants to use an adhesive-backed expanded PTFE gasket strip on a steel substrate. However, the customer wants to be able to remove and reapply the strip without losing adhesion. We do not make ePTFE gasket strips, but we have imported some samples for the customer to test. They are not satisfied with the results. I must admit, I am not surprised. Is there such a thing as a PSA that can be removed and reapplied a number of times without losing adhesion?
Read More 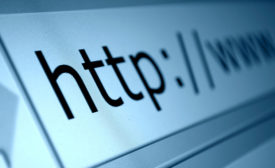 I see a lot of job advertisements for polyurethane chemists. Why the sudden interest?

Dave Dunn Ph.D.
No Comments
Polyurethanes can be one- or two-component systems. The single-component systems comprise a polyester or polyether polyol that has been end-capped with an isocyanate.
Read More 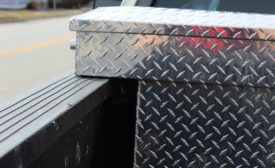 Structural adhesives can play a major role in reducing overall labor and inventory costs while simplifying design and manufacturing processes.
Bob Zweng
No Comments
Adding accessories to cars and trucks is a burgeoning and lucrative business for many aftermarket shops. The trend is driven by consumers who are looking to customize and differentiate their vehicles from the standard models on the roadways. While some OEMs are beginning to offer add-on accessories at the dealership, approximately 85% of accessory sales are done through aftermarket accessory shops.
Read More 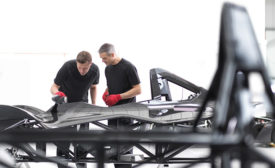 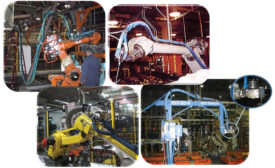 A cost-effective approach to extending the life of automobile bodies.
No Comments
Prior to the 1980s, it was common for cars to rust. The lower doors and rocker panels were usually the first to go, followed by the floor pans, wheel wells and bumpers. Even the hood, deck lid and the roof were not immune. Aftermarket companies sprang up to “undercoat” cars to prevent rust. Automakers followed suit and offered undercoating as an option as they sought a solution.
Read More
Previous 1 2 … 8 9 10 11 12 13 14 15 16 17 18 Next
Subscribe For Free!
More Videos